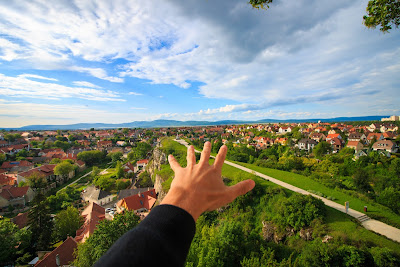 Before Chirag Raghuvans Rai Bahadur Patil was born, Raghuvans Rai Bahadur Patil was in a big dilemma. As the oldest and the noblest family in the village of hoshiyaarpur, he had chosen a wife in the best possible time of all the possible wanna be Mrs. Patil’s to give him a boy. He fed her all sorts of churans, medicines before the honeymoon so that she would give him a son.

Still fearing she will give birth to a girl. Raghuvans Rai Bahadur Patil went to the tallest mountain on the highest peak of the planet. He started Tapasya (sitting idle for a long long time, so that finally God has to come and wake you up)

He stood there for thousand days and thousand nights (actually his watch was broken so like in the mountain there was no cuckoo clock, so we cannot be sure how many days he was there.)
Finally God was very pleased with the man and appeared before him.

‘God, I have all the riches in the world, I have all the happiness in the world, but I want a son, I want some heir to the Rai Bahadur Patil tradition.’
‘Don’t you know a girl or a boy have equal weight in the whole world. How do you reject a girl child and ask God to send you a boy? All my creations have equal value, how can you choose one over another?’
‘God,’ said the man, ‘Finally, a boy is a boy and a girl is a girl. A boy will be manly like me, will support me  in my old age, he will carry the name of my family ahead for many years to come. He will rule the village in his manly sense…’.

…and the man continued praising the boy.

Finally getting bored, God yawned and said, ‘You want a boy? And you will get a boy…’
Raghuvans Rai Bahadur Patil puffed as his chest on outwitting God and started descending, unknowing to him, God smirked.

Patil finally got his wish fulfilled and he got a baby boy, and very proudly he named him Chirag.

Chirag grew up in loving care of Patil household, every woman in the Patil family took the boys care. As the only boy born after so many attempts, he was given extra attention. The father made him an engineer and send him abroad for higher studies. His khandan ka Chirag was studying in the states for last five years.
God peeped down from his cloud to watch them.

Chirag was coming back to India and Patil send a Banjo Party at the airport to receive his son. A large garland of 5 crores 20 lakhs (on insistence on our lawyers, we hereby announce that it was 20 lakhs only) was prepared to felicitate the Chirag. That day even the US convoy was coming to visit India and they felt like ordinary people seeing the preparation for the Khandan ka Chirag.
Raghuvans Rai Bahadur Patil stood at the Limo waiting for his son to step out of the airplane. All the passengers stepped out, but not his son. Patil was worried and started looking here and there. Finally as all the efforts to search for his son ended, a woman approached the man,

‘Father,’ she said.
‘Get away from me,’ Patil growled, ‘Who are you?’
‘Father its me,’ the girl said, ‘Chirag, your Chirag.’
‘Chirag,’ the father glanced at her chest…the girl folded her hands, he realized the mistake, and glanced up, ‘Is that really you?’
‘Yes dad, its me. You know since childhood I was different, I did not know what was wrong with me. I felt like I was a woman trapped in a boys body. When I went abroad, I realized there are many people like me. I contacted different psychiatrist to see if what I felt was right, and they agreed with me,’ she explained.
Each word hit Patil’s ear like a hammer on rock.
‘Finally I met this doctor who dealt with Sex change operation and I went there. After the operation I felt complete, I felt true,’ she explained.
‘You mean…’ Patil legs started weakening, ‘You mean…’
‘Aren’t you happy dad? Finally I am what I am?’ she smiled and she scooped out a man from the crowd, ‘And I want you to meet my soul mate, Raul, I met in the states. We both are made for each other.’
‘You mean…’ Patil collapsed on the ground flat on his back.
High above him clouds changed shaped and turned, ‘LOL’

Moral of the story: Female foeticide is as bad as sand in your swimsuit. Stop it or God is watching you.