Showing posts from January, 2016
Show all

Deducing the fate of Moriarty in The Abominable Bride 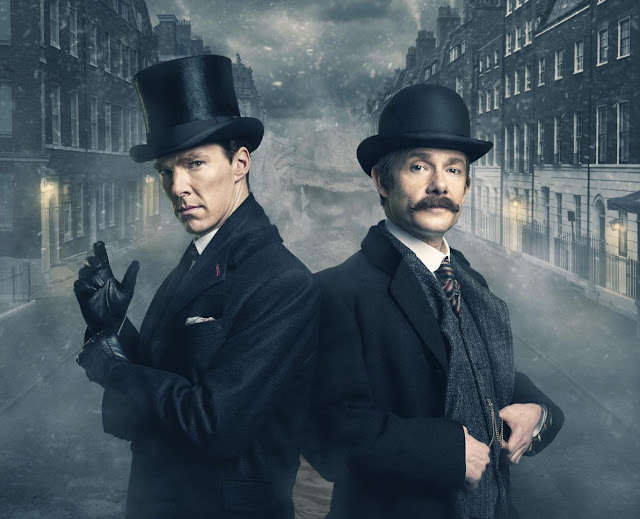 On the first of January, almost the whole of the English-speaking world was glued on to their television sets or computers to catch the glimpse of a Sherlock one-shot special 'The Abominable Bride'. As the cunning writers Steven Moffat and Mark Gatiss have proven time and again that they cannot be trusted, we all were cautious about what the episode actually would be. If you are someone who has not yet seen The Abominable Bride (oh dear) and does plans to watch it at some point in the future, be warned, this post contains spoilers and I won't proceed further if I were you. For the lazy people, there is a TL;DR version below, scroll down to hell to read about it but a true Sherlock fan will never do that. Let us first establish if Moriarity is really dead or no. Fact 1: During the Abominable Bride, we meet the devil himself. Moriarty walks into Sherlock's mind palace (a lot of blogs refer to that as the dream, it is offensive). He enacts the same scene on
Post a Comment
Read more
More posts