Showing posts from February, 2010
Show all

Breathe in. Breathe out. Damm, this is so easy when you are not tensed. Why is this clerk talking so much time.
‘Will you hurry up?’ I asked the clerk. My finger nails were tapping the counter in excitement. My name is Shailaja, 30, single and employed, in short a perfect girl for the aunties, mammies to constantly remind me that my days are waning out, that I have to find someone before it is impossible for them to. It is not that I don’t want to get married, but I should get some proper match, isn’t it? All they show me is either short, tall, long nose, meaning some imperfection in some way or the other.
I am not at all hopeless romantic and I am definitely not going to kiss a …
37 comments
Read more 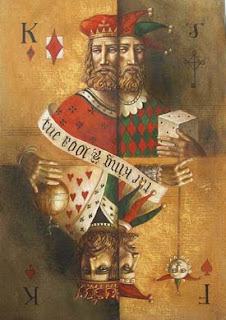 Note: This story is inspired from ancient Chinese jing (勁 or power) in any war, you have a combination of positive power, negative power but there is a thing jing or power which is shown in the story here. Hope you like it. King Bahubali was a noble and just king ruling the land of Bhoomi Pradesh (the land of earth) he was known to be the most cunning and the most intelligent ruler of the land. His policies of building water reservoirs over the river provided water to peasants all over the year, even without rainfall.
‘Never trust nature,’ he would tell his advisors.
His panel of seven royal advisors were also very highly intelligent in their respective field. The kingdom of Bhoomi Pradesh was running in prosperity with only one problem, its neighboring kingdom was Khooni Pradesh, the region of murderous King Khoontosh. King Khoontosh as his name said, was very aggressive and murderous king. His soldiers bullied the peasants in the land and robbed his own subjects.
One day, as King …
16 comments
Read more
More posts