Showing posts from October, 2012
Show all

The hunt for electricity on a early Saturday morning

This Saturday when I woke up to a very lazy morning, two things came to my mind. First, no new tweets were requiring my attention and second the phone was beeping softly trying to get my attention that battery level was critical 26%. The second thing was easily fixable, not the first time when I left my phone unattented. If there is a late night Twitter revolution (lying on the bed in heating conversation on twitter) it is a tiresome task to put the phone on charging.
Post a Comment
Read more 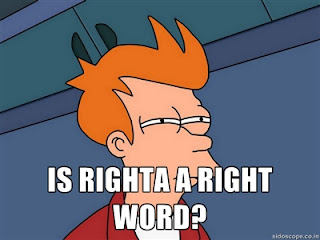 Life is like a lift sometimes you get inside to go up, sometimes you use it to come down. And sometimes when you are waiting in the lobby for the lift to arrive to take you upwards to your desired floor, some bum comes from behind presses the button to go down and proudly announces to his wife, "You see the lift if up so if you want to bring it down, press down..." the wife looks at her all-knowing husband proudly as if he is the sole survivor of the battle that eradicated the entire hemisphere.
10 comments
Read more

The silence of the fallen

This post has been published by me as a part of the Blog-a-Ton 32 ; the thirty-second edition of the online marathon of Bloggers; where we decide and we write. To be part of the next edition, visit and start following Blog-a-Ton . The theme for the month is 'An Untold Story' "There is a story about that scar and I want to know it...," Jonny said casually joining the table at the high-school reunion. The whole gang was there together except Jagdish who could not fly in to their reunion. The scar in question was the mark on face of Ravi, who had driven all the way to Goa from remote village of Karnataka. The group of six or the sinister six, as they were known in college, had gathered together as they had promised ten years after college in the remote shack in Goa.  Ravi, Jonny, Jagdish, Bobby, Mangesh and Pankaj had first met during the common detention in their first year in college. These six from six different departments and branches had one thing in common,
28 comments
Read more

The Last Rock On Which Universe Collapses

Seven million light years away from my home planet and here he was, drifting across the cosmos. Feeding on the anti-matter energies in this single spaceship he had reached here were everyone would like to reach. Heaven. Was this heaven? He did not know but it surely did not look like it. In his front was the debris of the universe, a large chunk of astroid that contained nothing but dust and rocks. Spread across miles this uncharted space in the universe this bedrock was the final resting place for anyone going beyond. For beyond this rock rest the vast openness... the end of the universe. The astroid had no physical properties, it had no mass, no height, no breath nothing. It simply was. He landed his spaceship carefully on the rocks or as careful as he could crash. This is it, he thought, mankind giant leap. He smirked, about 2000 years ago, humans had landed on the moon and though that was their greatest achievement. He knew the drill, what the humans always did to find new p
2 comments
Read more
More posts