Showing posts from February, 2016
Show all

A bug is a computer anomaly that is generated usually because of developer’s ignorance or environmental factors. The former is more prominent in computer programs. The term debugging means to find the cause for the bug and fixing it. The term debugging has a humorous origin. In 1947, Grace Murray Hopper was working on the Harvard University Mark II Aiken Relay Calculator. On the 9th of September, 1947, when the machine was experiencing problems, an investigation showed that there was a moth trapped between the points of Relay #70, in Panel F. The operators removed the moth and affixed it to the log. The word went out that they had "debugged" the machine and the term "debugging a computer program" was born. As the technology progresses it advances towards perfection and minimizes its flaws, unfortunately, this was not true for computers. The bugs and errors increased exponentially with the advancement of computers. What earlier was a mere moth trapped i
57 comments
Read more 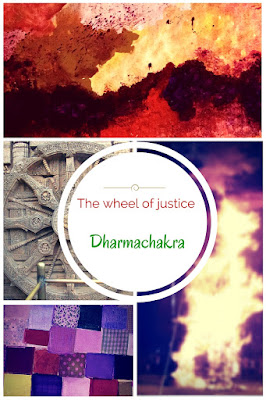 King Ram arrived in Ayodhya with much fan-fare. The stories of his conquest and victory over the Demon King of Lanka had reached Ayodhya through Vanavas or the exile in the forest. His step-brothers Bharat and Shatrugna ordered cleaning and decorating the city of Ayodhya. The city was brightened by the lighting of thousands of lamps throughout the city. The Prince and his queen had now settled in the kingdom. Soon there would be a coronation of the new king. He will perform the Ashwamedha yagna, the ritual of the horse, to be crowned as the king. His queen Sita was resting peacefully beside his side in the chamber. From the window, he could see the Durban or a messenger for the court running towards the living hall. Something worried him, the durban looked disturbed. He got dressed and stepped out. His loyal brothers Bharat and Shatrugna were talking among themself. Bharat always the humble stood as soon as Ram entered the chamber, "Greetings big brother. We do not have a
Post a Comment
Read more
More posts