Showing posts from March, 2012
Show all

The Journey That Was Never Remembered

Life is one long journey from one station to another, just like a daily office employee waits for the next Borivali fast local impatiently at Dadar station, you wait impatiently for the next train to take you closer towards your destination. Just like the office employee, you know the train is going to come, it comes by everyday at the same time (almost the same time), the announcer has even announced that it will come but still mind has its doubts about the train and life. The journey of life takes you on every road, sometimes you start towards the east trying to get away from something, only to find that something ahead in front of you as you return from the west. Then there are those steeps which throw doubts in the strongest of the minds. You accelerate harder and harder hoping that the steep will be overcome but eventually realize a small reduction in gear is all it takes to go over that steep. The satisfaction you get as you reach the top, you know its not the mount Everest, b
6 comments
Read more

The laws of physics had gone for lunch break, he thought. He had jotted down, classified and categorized all the problems he could ever face in his entire lifetime. Hanging seventy feet high up in the air by his shoe lace was not one of them. He was not even supposed to be here, not like this anyway. But his limbo poised a serious question that would reflect on his entire lifetime, which way should he go? He had climbed this building to go down, he used the lift while going up but will now use gravity to do is job to take him down. Gravity you be bitches, he exclaimed. He had seen his shoe lace loosen as he stood on the edge of the building to jump. He considered tying it but then ignored, where he was going there was no need for a shoe lace, was there? All the seventy religious dogma and no one explained if you should tie your shoe lace before dying. Well, it was too late for that wasn’t it? Oh, well nothing he could do now could he? What was that buddhist story about the hunte
7 comments
Read more

Man is a social animal, whoever came up with this phrase was probably having high tea with his college buddies in canteen. Man is infact an anti-social animal, specially when canteen serves tea mixed with lots of water and a spot of milk which is hardly spotted. Social Media is everywhere, people are spending more and more time on Facebook, Twitter and erm… well… erm.. . Clearly suits (businessmen) and advertising agents do not like it. No after spending a millions of rupees in adding a jingle to their product, they learn that the customer for whose brain wash they had set it up is busy on Facebook, they will get angry. So then they change tracks and start popping on Facebook and Twitter and soon mindless rant turns commercial, and when it comes to money, the policy is prepared for the employee and on and on. One thing Social media does not give you is let live. Earlier when you used to talk to the wall, no one would like it. Now you talk to the wall and you get million likes (y
2 comments
Read more

Something was not right with this world, he decided. How could this world spin so peacefully? He had lost her, LOST HER. how could the world even spin? There was something definitely wrong. in the final moments of desperation he had panicked. He did not know if it was the right thing to do but he did it. Yes he did it. She gave him immense pleasure, yes she did. Till her last moment of the existence, she lived to satisfy him, to please him. A few moments ago he would not have even cared about her, but he had touched her. He had felt the coldness on his lips, they felt numb. Her cold exterior only gave him intense pleasure. That’s it, he decided, this world should stop spinning. This world should pay the price of is negligence. He stared at her, blue berry ice cream with extra truffle and butterscotch lying limbless on the floor. The molecular structure had come apart due to heat, the ice cream was melting along with his hopes for a decent Sunday afternoon. He had seen her fa
1 comment
Read more 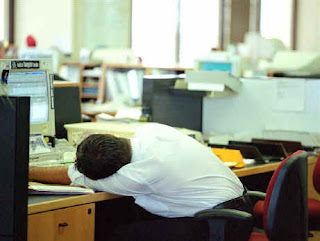 There comes a time in every persons life when you loose complete hinge over reality. You refuse any human touch and the only existence of life in your room is the continuous snore under the blanket heard at constant frequency. Thus in the winter of 2010, I found myself suddenly waking to a disturbance. I have heard that there were mughal emperors who used to behead the people who disturbed their sleep, for fifteen seconds I wished I was one of them. But no, I wasn’t. Having lost touch with reality and human beings for three consecutive days, waking up to reality was not a good experience. Here I was waking up after three days on a Sunday with a very bad headache (sleeping for 18 hours straight), a very foul smell (which considering my room was not cleaned in like a month was acceptable) and a very grumbling stomach. It took me seven seconds to adjust to the surrounds and pin point the location to the disturbance, which was my Chinese Phone ringing at the top of its voice. Consider
2 comments
Read more
More posts