A tribute to those who got a closure after twenty six years, maybe the closure was not what we all expected but now at-least you don't have to keep waiting.

Destiny wanted him to die, he had some other plans.

His hands shivered as he flipped the television remote. Every channel was flashing the same news, Indian Judiciary sold, India bends to America, CEO runs off in Government plane. Slowly he closed him eyes and took a deep breath.

The morning newspaper he remembered was kept on the rack, he struggled to get up from his rocking chair. He was old now, with his bones given up the strength

His grandson was sleeping peacefully in his bed. He remembered his sleep on the midnight of third Dec 1984. 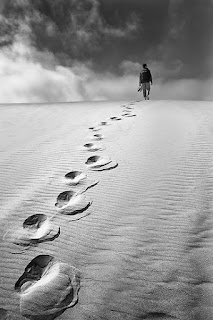 The pressure cooker whistled in the kitchen and his heart skipped a beat, it was nothing, just his daughter-in-law cooking rice. It was like this since last 26 years. The dreaded whistle which robbed him of his childhood.
His heart would jump every time he heard a whistle.

The siren whistle came from the factory near their house, it woke up the whole area. They all gather outside the door to see what is wrong.

It was his neighbor who first complaint of itching in his eyes and before he could rub them, they were gone, poof, before he was taken to the hospital.

His father had come running outside the door, pulled him in his arms, 'Inside now,' he growled.

How scared he was that day, he had thought something he had gone had fallen into his fathers hand.

'But I want to see,' shouted the brother.
'Get inside NOW,' father scolded, 'Do not argue.'

He stared at me and he ran inside, not wanting a punishment. His brother however was now old and wanted to disobey his father.

'He ran off in the darkness,' father said coming in the house to his mother, refer to my brother, 'Won't listen to me. What can we do?'
Mother firmly shut the windows and kept wet cloth on the hinges, 'What can we do? Just pray?'
Father was tuning the 'All India Radio' to try to listen to the news.

'What if he doesn't return?' father said still looking at the door, hoping to hear the knock, 'I should go and drag him inside.' 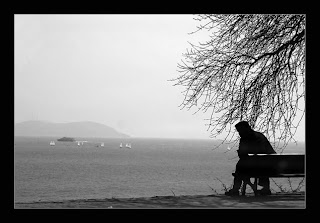 'No, don't,' mother said nervously, 'He will take shelter somewhere. Someone will take him inside the house.'

The dreaded hours they spend inside the house, each minute seemed like hours. What has happened? He did not know. Mother and father did not know anything at all.

Was something wrong? where was his brother? There was a lot of hustle and bustle outside the door, initially it was police siren who announced on the loud speaker,

'Please do not leave house, stay indoor and bolt shut your doors'

Then there was a cry of wail outside where people shouting, 'Leave this place,'
'Its God wraith.'

Why were they outside running off? Why were we sitting in there? There was no grocery in the house, but mom said nothing, they just sat there.

Seconds turned into minutes, minutes into hours. and finally at day break, there was another police siren, 'EVERYTHING IS NORMAL' they shouted.

Dad slowly got out and rushed him and his mother to hospital. There were thousands of people there, some vomiting, some were breathing hard as if someone was smoldering them. They were not admitted in the bed, but were lying there on the ground in the hall.

His father immediately contacted doctor uncle, he was their neighbor, and doctor quickly opened my eyes, 'Do you feel any itching?' doctor asked.
'No,'
'Cough?'
'No'
'Good boy, here is a toffee,' doctor smiled and checked the eyes of his father and mother.

Doctor uncle then told him and mother to sit in the office and he went out with father to search for his brother.

He finally managed to get up and walk towards the rack. The photo frame of his older brother was there hanging.

'If only you had listened brother,' he said softly picking up the paper, 'If only.'

'This should give you some closure,' he thought and the dam of tears that was build over the time for last twenty six broke and he cried.

Authors note: The characters are completely fictional and the story is based on account of a survivor. The narration of the events is, as is, and only modification is done to add story effect to the narration.

The story is purely written as a tribute to those who lost their kins in the disaster. Please do not comment on the politics of the issue.