- November 01, 2011
The entire course of human history would be different if man had never learned to note down things. Many (mad) scientist believe that there is a coherent rivalry between pen and paper against the ideas. There is 72% possibility of not finding a pen and paper for 83% of the ideas. Which is surprising. Human race since ages has been looking for the solution of single most problem that has been lingering around our society, how do I organize my thoughts, my memories, my world in my palm so that I can live a amazing life without being teetered to one spot.

It all started when billions of years earlier when Mr. Stone was on a killing spree, he killed a deer for the first time in his life and wanted to show it to his son. Sadly, the son was (as usual) playing on his Handy Abacus and not paying attention to the father. When he finally turned around to listen to his father, he could not believe it.

'Pah, you get a deer for 70 gold stones, Dod,' (It should be noted that in those days Dad was refereed to as Dod with an O) said the son getting busy in his Abacus again.

Frustrated, Mr. Stone decided that next time he hunts a deer he will keep a proof for it. This was the true story of how man started noting things on the wall. But they had a problem, their notes where in their house walls. So when recession hit them and their house was given up their notes were lost... forever. 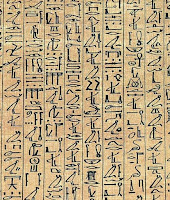 While this was going on, in a very other part of the region were much more evolved than these barbaric cousins. These people decided to note down their entire life on a papyrus paper that could be carried with them anywhere. They invented a complex word called hieroglyphics, which was so hard to smell that they never wrote a hieroglyphics on how to actually spell it. This papyrus paper notes, gave them the freedom to move and hence most of them could make it to the promised land, because hey their notes were with them. But alas, the journey through the desert without a single drop of water was tiring and when it one day rained, the entire papyrus got dissolved and most part of history pe pani padh gaya. 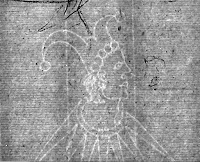 But all this was ancient history, we come forward to Germany when one day a fool kept his cap lying on the block of wood. In few minutes he got the best idea of them all, he designed a paper that was water insoluble (but not water proof) that was lighter than feather (so that would make a amazing visual in ceiling fans ad) and more durable, now all he needed was the ink. He imported the ink from a distant cousin in India (which funny thing was actually China, it is known fact that people mistake other countries for India throughout history) the combination of India Ink on the Foolscap paper blew the world. People maintained diaries, journeys, thick paper, thin paper, photo graphs, all kinds of notes, memos.... and so on and so forth.
Humans started using the paper to write memos, draw diagrams, show charts. They shared knowledge, they shared ideas and kabooom.... Evolution happened and humans reproduced to 7 billion population. But there was a problem, the paper would not go away.


It could not be recycled as it contained the data that was to be preserved for future generations, it could not be destroyed as it was important. The pile of paper stack kept on increasing with every passing generation. These were some, who used green recycled paper to write notes and brain storm but the mess was increasing exponentially day by day. This led to a critical situation, a unsolvable question which has left unanswered by 20 generations of human families.... who will throw out the garbage? Scientist are still working on the question.

Meanwhile, Not only this, the paper is made from trees which are sliced down and chopped to make the paper. So while human was getting evolved poor trees were getting targeted and removed. When the tree falls in the forest, even if no one knows about it, it still hurts.

We are into 600 years of human evolution, shouldn't there be another option to note down things? In the digital world there is never an option for anything there is always an app for it. We have devices that help us take note but none of them give the pleasure of using the Indian ink on the piece of paper, do they? The Smart phones are easy to carry but typing on the screen is not that good idea, the Smart Tablets are easy to type but are bulky to carry. At-least with laptop you can pose as an executive.

Well fret not for I have something awesome to show you and that's just two days from now. Yes, you heard it right, a single gadget to record the hunting incident from the Mr. Stone era, the Same gadget to let  his son play abacus. The same gadget to let the Egyptians write hieroglyphs on a much durable platform. Not only can it store up-to 32 GB of data with no mess. Can't believe me see for yourself?

It is not a smart phone, is it not a tablet.... behold the legendary cross between the two, its a Note. Samsung Galaxy Note. I would tell you its features but don't want to for you have to see it yourself.


The evolution of Note has its own story which is as awesome as the story above. The Note is THE device small enough to carry around and sleek enough to do all the things you do on the Tab. Armed with a Capacitive touch pen it can also be used to draw pictures and make important markers. It can also be used to solve the eminent problem of not finding the pen and paper at the precise minute of getting an idea.

P.s. Samsung has not paid me to tell you this, however if they like it there is a distant lingering possibility that they might donate this man a note to organize my thoughts and keep posts like this coming.