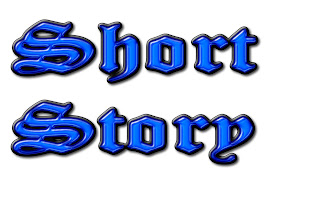 "How much Jam, Butter and bread do you need for a camping for a night?" she though for one last time before setting out the foot out of the wild. She tried calculating it for a bit and then gave up, who cared anyway?

Deep forest, one weekend with Jam, Butter and bread, she smiled at the prospect of it. No one in her village could understand her fixation of going back into woods again and again. She had to be there, that was were she felt safe. One weekend safely into the woods and back to the mundane daily monotonous life.

For last three years she was going back into the woods and no one knew why. The elders knew it had to be because of that fateful day, the day she got lost into the woods. Something inside the woods changed her life forever.

"She kept running," recounted the old lady from the church, "I remember seeing her running into the woods, who was chasing her God knows."

"I think she was running away from the village pawn broker," confirmed the local cop, "But she won't complain with us so we can do nothing, can we?"

She walked away again into the woods just like she did last time, only last time she was running into it.

"She won't say what got into her," complained the old lady from the church, "They all are possessed, I tell you, possessed by the devil." Obviously no one believed in her for she had earlier claim Devil lurked in the television set too.

But the girl was possessed by the Devil, she smirked as she stepped into the woods, a charming devil indeed. It was four months ago when she had stumbled on the same muddy path running away from the shady village pawn broker. Her mother had always warned her about the woods but that was not the time to escape was it? If she wasn't fast enough the evil man would feast on her.

She ran faster than she ever did to save herself and into the dark woods. The light faded into darkness and the density of woods increased. She did not stop to look behind, her predator had already given up the chase long back.

It took her a while to realize that and when she did, it was too late, she was deep inside the woods and had no way to return. She was lost but alive, which was good. She wandered around a bit in the darkness of the forest. Her mother had warned her about the wolves but she found none, oh how wrong her mother was.

He looked at her wearily then glanced at his stop watch, "It is time, he should be here any minute." He kept on eating his bread and butter. She just kept staring at him waiting for something to happen.

Darkness increased as the night grew old and the moon knew its time would be soon up. It would be a brand new day. Suddenly she saw it, two wolves coming out of the bushes. They first looked at her and sniffed her. They encircled them from far, she was scared. The man simply ate his bread, butter and jam without paying heed to the predators. Soon the wolves left them and she felt relived.

"So then? Wolves?" she asked.
"Aah, good creatures, bad smell. I once tried teaching them how to brush but then it was hard for them to know the difference between tooth brush and food item," he said simply finishing his last bread.
A hole suddenly appeared in the ground revealing a big tunnel underneath.

"Aah he is here," he smiled watching the hole.
A head popped up from inside the hole and looked up, "Hey you again..."
"Hi..." the man replied, "Not expecting me here did you?"
"No no, I thought they executed you in China, didn't they?" the man from the hole asked.
"Yes they did and thanks for that..." the other man replied.

There was a pause, a long pause. Eventually the man from the hole spoke, "So, who is she?"
"Oh, right, who are you?" asked the other man.
"Nobody..." she replied joining in the weird conversation.
"Oh there, nobody," the man with bread said, "Shall I kill you here?" he asked the man in the hole.
"No, give me another chance. Let me try it again, shall I?" the man asked.
"Go on then, dig deep this time..." the man with bread replied.
The man in the hole went inside the hole. The man with bread got up and turned to leave.
"Wait, you are not leaving me here alone are you?" she asked.
"I did not bring you here, did I?" the man asked, "But yes I cannot leave you here alone. Here."
He handed her his second bag of bread, butter and jam.
"Now then,  How much Jam, Butter and bread do you need for a camping for a night?" he asked.

She smiled today as she was going back into the woods, just like that night and every night after that. They call her delusional, mad and crackpot. The village pawn broker lives in terror for the night she returned. They say she has befriended the wolves. She smiles, doesn't really care about what others think. But she will go there again and again, waiting for him. The man with the jam, butter and bread.
Now then, How much Jam, Butter and bread do you need for a camping for a night?