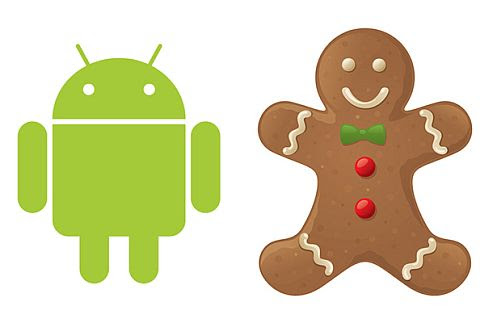 That day she felt a silent tremor rising on the exterior of the crust. It was uncanny as if millions of voices where silenced somewhere in the deeper part of this planet. It was everywhere the silent monster was growing out of plain sight and she was stuck in the dilemma if she should go on and investigate the disturbance on the planet or go to potty first. Well it was a valid dilemma you see, does she follow the early morning ritual since the dawn of time or follow this new thing that would end till dusk of time, "The cable went out..." answered her smug little boyfriend eating an apple.

The package was about Samsung Galaxy Y duos, Samsung first entry in the range of Dual Sim Android phone.  The power of Android now comes with flexibility of using two sim cards. You know that nagging sensation when the dirtiest service provider has the best data plan and the worst provider with the best data plan has a telephone network that won't work in the loo. Yep, it happens, along with the loo it also doesn't work on the street, highway and whatever but it has got a good data plan. Sweetest infact.

Every human being has a choice in his life, should he buy a service with good network connection or the one with good data plan. The horror of any first time android user is sudden surge in bill at the end of the month.

"I need to go to the bathroom to powder my face or whatever," she announced to no one in particular.

He glanced at the box lying on the desk and had a quick glance at his *ahem*phone. What harm can the phone do to him. He smugged and put on the pot of coffee. The phone was inviting him but he denied, they are just copy cats he said. The phone pulsed and buzzed but he refused, he would not bend, he would not cave, he could not... oh it has dual sim.

"Two sim cards in one phone, one can be used for better 3G plan and other for just calls. Imagine the possibilities with it. It has live wallpapers, wow for such a small phone it does pack a lot. Oh but the *ahem*phone apps are much more classier, but then there are so many free apps on Android platform. But what is this? Ch@t on, a special chatting app only for Samsung Users. And then this Handy is a single point application where users can search, book and pay for flights, trains, buses, movie tickets, create
their own stock portfolio /get real time stock price and stay updated on latest in business news, search
a restaurant by cuisine and even reserve a table for themselves. The My Reader app which gives access to 30,000 books from Landmark for free. Free? This even has a Mobile TV app.

He could see little versions of angel and devil on his back. His dilemma was flushed by the flush he heard at the washroom. Quickly he composed himself and took to standing near the kitchen.

She glanced at the new package and then at him, he was smug as his *ahem*phone, "Listen there buster," she exclaimed, "There are two things you should know about Samsung Galaxy Y duos, first, it is the first android based dual sim phone available in the market, which means it has got the power of using two phones at the same time without struggling to juggle between them like bonzo the clown,"  she exclaimed he was already impressed but she was busy fondling with her phone, "And second, it has the worlds most powerful multitasking, open source and amazing operating system Android Gingerbread. It has got good apps, cleaner interface and slick new ways of doing things your *ahem*phone can never do..."

"But I... I..." words fell short of his mouth, he was about to say he agrees but his mortal dilemma won't allow him to do so.

She smiled picked up her Samsung Phone and walked out of the room. There are two ways of winning an argument with a woman, he thought, none of them work.

P.s. If you are excited about the game, Samsung India is offered 20 free Samsung Galaxy Y Duos phone. Don't miss your chance of playing the game.