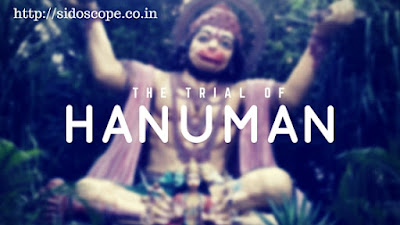 On the southernest peak of Bharatvarsha the army of monkey kingdom Kishkinda camped near the ocean bank. Few were busy preparing food for the rest, while others were sharping their weapons. There was a murmur among the army about crossing the ocean.

At that time four people huddled at the beach discussing their option. Ram, Lakshman, Hanumaan and Jambavana discussing the strategy for crossing the ocean.
"We need to find out if Ravana is holding Sita captive in that kingdom. I do not wish to battle the king without any sort of proof," Lord Ram said.
"King Ravana rules Lanka. He is one of the most powerful and the richest king," Jambavana said.
"But is there is a way to confirm if he has held Sita captive there and..." Lord Ram spoke, "... I need proof that he holds her captive against her wishes."
"Brother!!!!," Lakshman gasped, "Do not doubt Sita mayya please."
"I do not but as prince of Ayodhya and the leader of the army, I need definite reason to attack." Lord Ram said.
"Perhaps," Jambavana explained, "I can help. I know the ancient vidya of leaping high but since I am injured I cannot do it myself. I would be happy to tell one willing participant the secret to flying."
"I can do it," Lakshman volunteered, "if anyone can fly, I would like to do so."
"No brother," Lord Ram said, "You are a prince of Ayodhya. Stepping inside the kingdom of Lanka will put both kingdoms in an awkward position. A third party should do it, someone like Hanumaan."

Hanumaan looked at his mentor and bowed.

"Hanumaan," Lord Ram said, "I know it seems herculean task but if there is anyone who can do this, its you. I believe in you. You have to jump across the ocean and find Sita. Once you find her, give her my ring as a proof that you are my companion and inform her that I am on my way to save her."
"Why can't Hanuman bring Sita Mayya back?" asked Lakshmana, "If we have the knowledge of flight. If he can leap across the entire ocean, he can as well bring her on his shoulders."
"Yes he can," Lord Ram said, "But that won't do justice to Ravana. By kidnapping my wife from my own house, Ravana has challenge me to defend my house. By sending Hanuman I am asserting that we are going in the correct direction and we will build a bridge across this ocean to cross it."
"But brother, with all due respect, we have a band of monkeys. If our knowledge is correct we will be facing a horde of monsters, demons and what-not in that kingdom."
"Perhaps we will," Lord Rama said, "But we cannot let that deter our efforts can we? We can fight the battle with best of our efforts and hold Ravana in my court. It is not an easy task, I agree, no one has defeated the King in so many years. He is good but by taking my wife against her wishes, he has made the battle personal."
"Ravana is evil," Lakshmana spoke, "Ravana is evil and his trickery knows no bound. Why do we even fight the battle in just way."
"We fight the battle in the just way because Ravana is evil and we are not like him. He used trickery to kidnap Sita, we cannot use trickery to bring her back. That way there will be no difference between him and us. We will follow the procedure, protocol and we will bring him to justice."

"Are you ready Hanumaan?" Jambavana asked.
The revelation troubled Hanumaan, can he leap across an entire ocean? He though to himself. Jambavana was the wisest among all, he was the advisor to Sugriva in the kingdom as well as Prabhu Ram. What if he failed? What if he never reached across and died in the way? He would let his mentor down.

He looked Jambavana in fearful eyes, "I know what you are thinking vaanar raj." Jambavana spoke, "The task is difficult. You will be having a lot of questions now but this is a leap you have to take on faith. Just believe Vaanar raj, just believe. It will all come to you from now, you will be able to enlarge or reduce your body as your will too. But for once, answer me this?" he asked, "Do you trust me?"

All the doubts, all the questions Hanumaan had vanished at the question and he answered, "yes, I trust you."