Building a Multiverse around Hindu Mythology

- May 20, 2015
For those who are aware (and many of those who are not, don't fret awareness is just temporary) I am currently busy building a multiverse. A lot of questions were asked around my multiverse and I had to answer them at one point or the other. So here is a compilation of my thoughts (and a little bit of progress) around my multiverse. It might be a tiny bit of long post BUT towards the end I am leaving you with a bonus sneak peak of my Universe, don't miss it.

If you do not know what a Multiverse is, Multiverse is basically a shared Universe where multiple characters live (not in harmony) and jump in and out of stories. For e.g., Incident happening in some story are refereed in another story sometimes via close related person or maybe through public medium. Designing a multiverse is a herculean task in itself for little little things matter in this universe. Like Harry Potter lives in his own Universe. It has its own Laws. 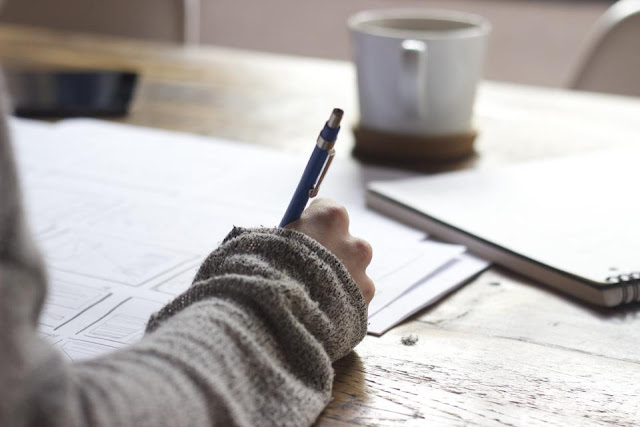 The Central Theme of the Multiverse

My multiverse is not magical (atleast not completely magical) and its roots are found deep into Hindu Mythology. The multiverse is exactly like the world we live in, with same physical properties, however in this universe you also meet Hindu mythological creatures like Gandharvas, Yakshas, Apsaras etc. All the story lead are Human and the stories are set in Kalyug, the time when demons rule and not God. But you find different creatures in supporting role choosing sides.

The Death of Krishna and the opening of Kalyuga was part of my short story collection The One Who Stood Against Shiva and Other Stories.

This has been the central theme around the Multiverse, the stories are written in modern world where we meet non-humans, magical creatures hiding in plan sight. We see a lot of individualistic creatures, like a Gandharva attempting to become a post-man because he things its the most challenging task in the world. Or a Apsara, unable to go to heaven, joins a brothel where atleast her body is appreciated etc. These characters even though find their origins in Mythology, no attempt is made to change the 'original' context, features and aspiration. The multiverse spreads across space and time blending seamlessly fantasy, thriller, adventure and science fiction.

Now for the bonus feature, you can go deeper into the multiverse with some stories about few characters that I have created. 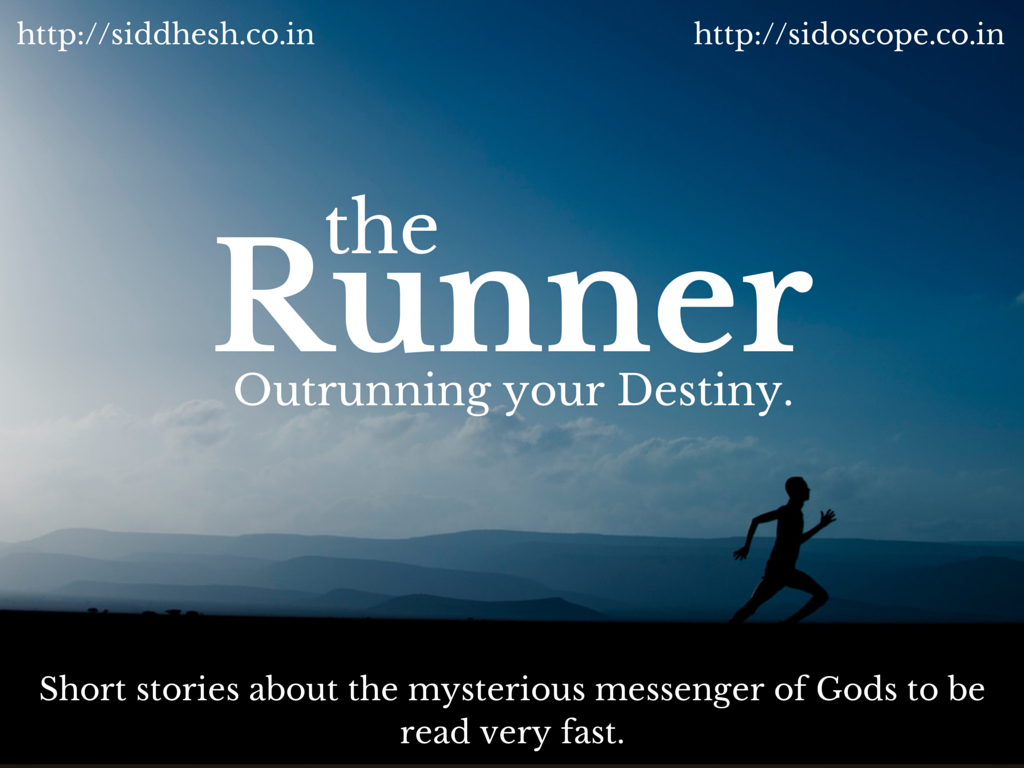 If you have never met the Runner, you probably are one of those people who live a fulfilling life. Have kids, play it safely till retirement and then wait for death. Not runner, nope. He has met Death, twice by some account, messed with Devil, raced from stone age to the future and is running forever since the beginning of time. Runner is the messenger for those who did not want their messages to be read by Government, Gods and Ghouls. Extremely resourceful with the knack of escaping the law, bullets and even death, twice so far. All his adventures begin and end with one conclusion. He is mysterious.

Fortune favours the bold and brave they say, but not for Agatya. The fearless man who walks the gate of hell, knocks on the doors of monsters and yet guilt ridden over a lot of wrong choices. Follow the journey of the first man born in Kalyug as he struggles to fulfil his promise made to Krishna during Mahabharata. 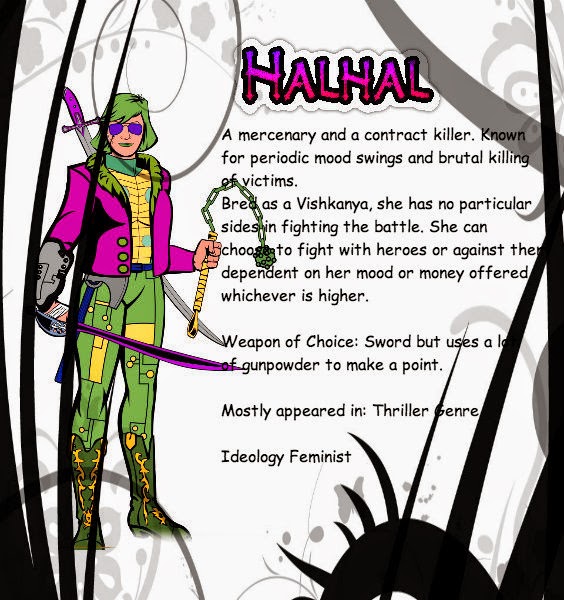 Born out of harassment of a village feud, Trisha underwent a very deep psychological and physical change. After burning down her entire village she went ahead to turn into the greatest mercenary out there. She is a hero or a villain depending on what is larger, her mood or money.

I personally like Dharma very much. He is part of the brother-sister family of incorruptible Dharma and his highly mischievous twin sister Karma. His character is inspired from Dharmaraj, the God of Rules in Hindu Mythology. A highly misunderstood but nevertheless incorruptible ruler of Death, goes around performing his duties against those who do not wish to die. Hates Asuras for their practice of Necromancy (bringing dead to life). Dharma has no gender and has been seen in multi-form at different points of time.

Captain Anant Mahajan started on as loner who wanted to see the world. His journey into space made his age growth slower. He is also the first time-traveller in my Universe. He makes a brief cameo in my upcoming Science-fiction Novel on time travel- Ragnarok

The Professor/ The Secretary/ Ragnarok Society

Professor Arunachallam Shetty is a discredited scientist and is known as the man who weaponized anti-matter. He is one of the man villain in the upcoming novel- Ragnarok. His unethical experiments often come back biting him. There are more than one people who take upon the mantle. The one who leads the secret science society called Ragnarok is titled The Secretary. The Rangnarok is a secret society of scientist formed in the court of King Ashoka (based on the original society of nine unknown men). They deal with advance/ fringe science pushing the limits of human evolution. Some of their secretary are ethical while some not.

Ragnarok is the title of the 2015 science-fiction novel that features 3 past, present and future secretary of Ragnarok and the society itself.

The smartest thief on the planet, stealing things that he shouldn't. Notorious for stealing Krishna's conch towards the end of days, Bhairav is the one person you would not want to mess with.

Welcome to my multiverse, you are here to stay.