Understanding the 'Defination' of Internet Trolling

- July 12, 2015
A recent controversial article by Chetan Bhagat tried to highlight a moot point of how the Bhakts (as the Narendra Modi supports are called on internet) are sexually frustrated, male egoist and are people with no proper English dialect (which might summarize the last three characters in his books or any Bollywood film for that matter). But while his observations are completely without any research (as are his flat stories or half-cooked Bollywood plot boilers) the main purpose of this article to set the record straight. 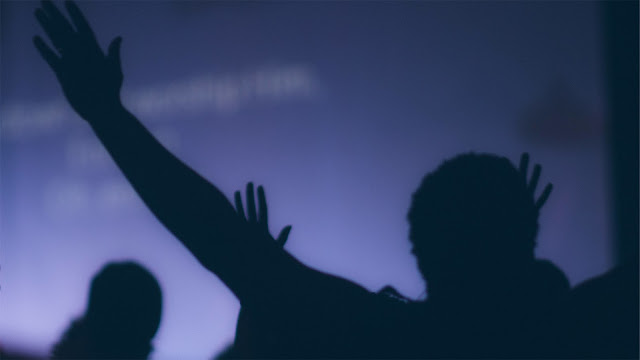 Lets look at the facts without any masala added to it. Since the dawn of internet there were trolls who loved to seek attention. They first started email marketing sending countless emails about the exclusive offer they had. But as technology grew closer we brought all sorts of people together and with them we brought these trolls near us. This is a global phenomena and not limited to India.

A definition of an internet troll by Wikipedia is as follows

But let's take a step back and look into the interesting topic that internet was debating a while back. Mrs. Shruti Seth posted something inflammatory and off-topic message during the #SelfieWithDaughter campaign and faced the ire of the same Bhakts (mentioned above). Obviously, she played the victim card and went above and beyond to teach the whole world a lesson. She was applauded by a few known people who love to discuss the issue in fluent English over cocktail dresses and evening gowns. But again if we look at the definition above, she was the troll in the whole episode.

What was missing in Mr. Bhagat article (and perhaps in his books as well) is the understanding of the bigger picture. What is missing in all our discussions is that - people are frustrated, yes. They are frustrated of living in a third world country with the third rate infrastructure despite being the worlds largest producer of engineering students. They are frustrated because despite working for twelve hours in a day, they cannot get proper peace and quiet that they deserve. They are frustrated that despite they paying all their taxes on time, the garbage in front of their doors just piles up. But not all of these frustrated people become Bhakts as Mr. Bhagat would like to see.

Some of these frustrated people leave India in search of greener pastures. Others are either waiting for that opportune moment or letting the frustration vent out on the internet. But then something changes, a lot of unforeseen (or perhaps foreseen) changes happen. A leader appears and captures the imagination of these frustrated people. Yes, he is a Hindu right wing leader but he does not speak religion, he speaks to them to their frustration and to their problem. They are the so-called Bhakts we love to hate. But some of them are still not convinced. Another young leader follows him and he manages to capture the imagination of few. He has no credentials but he speaks to a subset of the Bhakts, these people are called AAPTards on the internet (both the terms are not coined by me and merely used as a reference). What Mr. Bhagat missed in the article or for that matter a lot of the other so-called columns missed was that - this was democracy at its best.

Today in a country of 51% young adults workforce, majority of them are actively taking part in discussions surrounding their elected leaders. In a country where a few decades ago there was a mere 51% of voting, today we are having almost 70-80-90% of participation in elections. What Rajdeep Sardesai learnt in Madison Square park was something we all should learn- this is a new India that we are witnessing. This is the worlds largest democracy waking up having active discussions around their future and about their past. They are trying to identify themselves to their roots (be it connecting with being Hindu or Hindi).

We are amidst the biggest change this democracy has witnessed, it will have its repercussions. Some people will have problem (change is always unpleasant) and India will change - for good or for bad, only time can tell. But amidst all this chaos there is one thing keeping them all- the bhakts and the AppTards and the other frustrated Indians- glued together and that is hope.

Hope is never bad. Is it?

When someone like Mr. Bhagat or Mrs. Shruti Seth tries to upset the sanctity of their hope. They get upset and they respond in the only way their are taught. It might not be pleasant or rosy or mature. The responses may be wrong but their intent is not. The intent springs from a new-found hope that they are trying to hold onto amidst the frustrations.

Finally it is not they who are trolling anyone, they are responding. Those who try to upset them by posting inflammatory and disturbing comments might want to rethink, who is the real victim here?
change Current Affairs India Politically Incorrect