The moaning of life #2 Childhood Trauma

November 01, 2022
The entire shark family is out for a hunt, and the little fish are running for their life. We get to cheer as the Baby Shark does Doo Doo Doo Doo Doo with his family, calling on the family - extended family and sometimes robots on the 'hunt' because your offspring decides that that is the one song they want you to play or a tantrum follows. 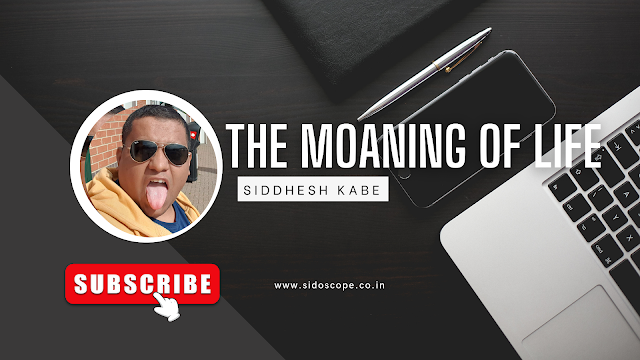 Many of you will say it's not the content but the catchy tune that draws the babies towards the nonsequential song, but it's more than that. It's the sheer repeatedness that draws your angst towards the piece. And YouTube provides the music based on how much time you want your baby to be engaged to it. You have a 60+ minute version and a 120+ minute version. The same shark family going out on the same hunt.
And it's not just the Shark family. Weirdly, baby JJ and his family sing random songs, go on a holiday and even increase the family. I am talking about Cocomelon, which has arrived in your child's life as he murmurs the word 'co-co' in broken language, asking you to play his songs. And these multiverses interact. The shark family comes out to play with the melon family capturing the baby's imagination.
Go out in the market, and in some corners, some parents are desperately holding out their phone screens on their screens, and you hear the bee entering the watermelon, and you know they are desperate. When did these things come into existence?
The vaguest memory I had of a cartoon that I had watched at this age was that of some weird thing that aired on DD metro. Some Civil Servants perhaps had this idea of copying tom and jerry and used stop-motion animation using puppets.
You have this cat chasing after a fish, a mouse who looks at the fish as if he is in love. The fish, in turn, dresses up as a princess and a chase ensues. While all this fun is going on, the cat catches the fish, fries it, and eats it. The bones are then dressed as the queen in the mouse's imagination. That was the most traumatic experience of my childhood.
So shocking it was that for many years I did not eat fish for a long time.
The second childhood trauma came from the show Richie Rich, but later years in my life. I used to travel to school with this slightly more privileged kid. They had cable TV with remote control when we still used the button TV. One day on a casual walk to school, the kid happened to mention the Richie Rich cartoon, a show where the boy is so rich he has a robot as a butler.
For the little me, the boy is a bit more privileged than me. It was hard to distinguish between him and the Richie Rich kid. And the petty conversation followed, with me chiding the boy for watching unrealistic shows.
How can a robot change its appearance, I argued?
But you can program it to change its appearance, he argued back. So lost we were debating the abstract concept about a fictitious character that we never realised that the whole argument was moot. The entire premise was inconsequential and yet had grasped our imagination.
One who had seen the show. The other could just imagine it.
But like it or hate it, the shows do have an effect on your personality. That argument early in the morning while walking for the bus stuck with me. That evening I rushed home, opened the oxford dictionary in my room and ran my little fingers on the listing page for 'p'.
For until that argument, I had never heard of the word programming.
And perhaps in the little mind of the baby, the word 'Doo doo doo do do' has some significance. Maybe we will come to know in the future?