Growing up is fun? Well, almost. 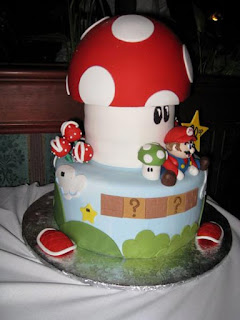 They say, age brings wisdom, I say they lie. Age just brings you better excuses to things. Every year you live in this world, you adopt to its crazy sense, you lie for living. You give our excuses for things. Some excuses are very common, like act your age or it is against religion or it is against humans but excuses are there.
If being 25 is halfway there, on 26 I have crossed the threshold to what? I am not sure. Although however you convince people, you can handle it, they don't believe you. While growing up, you are led to believe that there would be a time when you are old enough, people stop telling you what to do.
Turns out, just like other childhood myths like girls are not mean little girls, drinking milk is good for your health, the myth of people not telling you what to do does not cease to stop. It in fact accelerates.
When you are small, its just your parents who have exclusive rights over you. They tell you what to, and more importantly they tell you what not to do. Ideally, these exclusive rights, should reduce over the time, but clearly they don't. Infact the entire world gets the right to tell you what to do and what not to do. Relatives are always there if you like them or no, but now every third person you meet has an advise for you.
'Don't post so much on Facebook,' 'Ohno, don't change your job so soon,'  'hey, you working in the same company for 2 years, sad' 'It is not good staying in company late,' 'You won't get promotion if you don't stay late'
I mean for Godsake, some of them even don't make sense. People who have never worked for a single day in their life suddenly start talking about job advise. Your distant relative who maintains a long distance with her own husband tells you that her choice for your wife is the best one in the world. Everyone has something to tell you as if multiple travelling salesman banged with a wikipedia.
You are always amazed in childhood about how knowledgeable the adults are, but now that you are nearly there, you realize most of it is made up stuff. There are no ten people who are interested in what you do. No one out there who actually give a freaking damm about anything. Grownup makes things up like the old high school history teacher who pretends to answer your question with some more confusing facts leaving you with more confusion that ever.
By the time you are 26 however you are now well versed in the new found world of grownups. Where everything you say is going to be debunked. There will be a conflict in everyone you meet about if you are grown up or no.
Sadly, you won't have an answer to it too. But if I connect the dots and look at the life going back, I am supposed to say today, that I learned a lot. Actually, I didn't. But I have hopes, the little me who set out on the journey in the craziest planet in the galaxy born in the craziest species 26 years ago has fared well. I did achieve what I set out for, but more importantly I have grown up... almost. Or that I would like to believe.

P.s. This is a tradition on Sidoscope, since 3 years, I start writing a post at 11:15 and Post it at 12:00, so it can be random, garbage or even stupid... but then aren't they all?
Funny humor my birthday post