Smokes, Mirrors and other Normal Stupidity

- April 29, 2013
"Its all smokes and mirror," screamed an oversmart audience to the magician on stage. The magician looked at the over smart spectator and said, "You sir, will join me on stage for my next act."
"As if," said the over smart spectator.
"And for my next act," the magician said, "I am going to make this man disappear."
"As if," the over smart spectator said.
He was told to inspect the box, which seemed fine.
"I am going to expose your trick," said the sceptic.
"And now ladies and gentlemen for the magic," he asked the sceptic to step inside the box, "Abracadabra..."
Puff, a big ball of smoke surround the box. Someone coughed.
The box opened and the sceptic was not seen anywhere. Encore, claps, claps, Once more, once more, screamed the audience.
Everyone was too busy to notice the sceptic walking outside the magicians tent counting money in his hands. 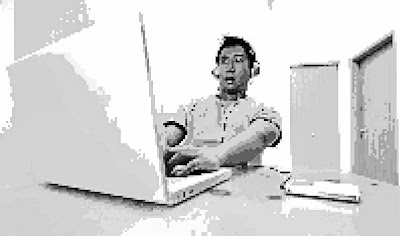 India on an whole is a funny country. You are walking down the street minding your own business, usually wearing a nice pair of boxers or eating a bunch of boiled peanuts and suddenly, out of blue a random stranger pops out wanting to have a detailed description of the choices you have made in life and give his opinion about them.

I am still looking for the ten strangers who had detailed interest in my life since childhood.

There could be a rape going on in the house next to you but that's normal, either because the girl is married to the man, arranged by her own relatives or she would be a painted or dented girl who deserves it. No that is not the pressing issue at the moment. If they don't like it, they can commit suicide, an option that saves dignity, honor and a lot of electricity.

No matter how many people jump off the tall buildings of IT companies, which are built on the land whose original owner was a farmer that incidentally committed suicide a few years back. But that's normal, because government says it's normal. Infact it is so normal that anyone saying it is not normal is shot by cops.

The cops, they are also normal, considering the fact that they believe rape is another myth like the boogeyman and honest politician. They are sure there is no rapist under the bed of any girl, lurking and waiting and no one is 'picking' up girls who are waiting at the bus stop. Cops are busy doing their duty slapping the protesters, that may include women as well. But that is normal, they probably deserved it as well. Or as many Indians still like to believe, it could be because of some sins of previous life.

It really does not matter if a four year old is dancing or singing to the tune of 'munni badnaam hui' without understanding the implications of what she is dancing to, because that is probably what being human means. I wonder what being normal means?

The government of Goa has banned drinking on the beach. They have finally got tired of chasing naked and drunk strangers on the beach. The final year ritual of puking outside Tito and the Facebook bromance photo albums are feeling threatened.

Well its only fair, Goa was the last place in the country that had any liberal sanity. Whenever anyone mentioned they are off to Goa, you had to brace yourself for the Dil Chahta hai type poses or bromance pictures at Calangute beach (which incidentally is the only beach anyone remembers others are only beaches they saw on the way to somewhere else). No more sex on the beach drinking on the beach.

So bottom-line  India is a normal country... crazy normal country. Water gate opened the floodgates in American history, there are multiple tape gate, coal gate, mobile gate and what not, but the only thing that shakes the government into action is a teenagers Facebook status update.

Only relief in this normal world is eating boiled peanuts sitting on the park bench watching the Pigeons giving PDA for the whole world to see. That is also normal, I guess.

We live in interesting times.