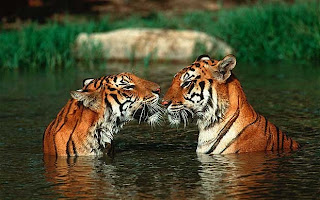 Few things happened this friday, as I write this blog post the verdict on the horrific rape that happened in Delhi was out. Now, everyone who is anyone knows about the verdict, the names of the four rapist and the crime they committed, so I won't go into all that. I am no lawyer neither am I to judge any judges decisions. However, I did follow the news debate that went on after that. The debate was same old one and continued the blame game on what exactly caused the rape. I am not going into that debate either, a lot of things have been said about it already.
One comment however caught my attention, to make a point, the lawyer mentioned 'People who live in together' and in the same breath talked about 'Keeping the men and women separate, like it was done in olden days'.
To be very honest, he was not entirely wrong. He is simply followed the old school of thought that is being hammered into the brain of every Indian mind since childhood. Stay in your limits, don't venture out, bad things happened to those who fall out of line are all lessons passed on by the very intelligent elders which the lawyer was a mere latest recipient. He is not the only one, every third person who you bump into will agree with the lawyer. Every fourth person you bump will go on and say that those who venture out and get into trouble actually deserve it. Few will go on and actually give the person, punishment as the person 'deserves'.

My thought goes to the old case where a man who called himself 'Bond' molested a girl outside a bar and when got caught said, 'It was nothing, she was also drunk' he is from the category of the 'few' that is merely a corollary of the old school of thoughts.

Second thing that pops in the mind is the movie 'Shudh Desi Romance' that tries to change this old school of thoughts but does so in graceful manner. There are few spoilers after this point, so if you are planning to watch it (still!!!) do not read further.

Shudh Desi romance is a difference movie in itself, it breaks the traditional movie telling in India by not talking about a topic most indians clinch about but it does so by not over hyping or dramatizing it. So the boy and the girl do not wish to marry (I mean they have no intentions of marrying each other but they still do love) but this point is not shown with multiple camera moments on different characters. Talking about multiple camera moments, last I heard the daily soap had the expression from every character in the serial because someone took a spoon from the main heroine.

To be very honest, people have no problem about living or sleeping with anyone. The problem comes with the small three letter word that will make many of us cringe uncomfortably in the seat. The problem lies with 'Sex' and the question about who gets to have it and with whom. This same school of thought applies to rape, goes on to the comment by the lawyer, 'It is fine for woman to have premartial sex but rape is bad' he is part of the generation who have grown up fondling with the idea that Sex is something to be feeling ashamed of. So for those who agree with lawyer (frankly very few people do nowadays but they still do) rape is not about sex, its about invasion of privacy. Its about girl not agreeing to have sex and in the same breath, if your wife is not in the mood, having sex with her still amounts as rape, whatever God or Government may have agreed in your Marriage certificate.

Marriage does not give license to have sex with the person as many times as you want. It simply secures the future and makes sure that you are present after sex during the emotional times when the partner needs you. And its for mediclaim purposes. Consent still matters even if you are married or you are living with your partner. Having sex without consent is rape, irrespective of the gender, martial status or religion.

This is one more part where I like Shudh Desi Romance as a movie, it shows things as they are. While Gayatri(Parineeti Chopra) is an independent living girl who smokes, lives her own life and even has an abortion from a previous relationship, the character of Tara (Vaani Kapoor) is no different in living her own life and making her own choices. When the uncle with old school of thoughts mentioned above chooses to smoothen his own ego against the boy who left his long distance niece at the altar, Tara steps in between to remind him that he is not responsible for her life. She can deal with things herself and needs no man to 'take care' of her affairs. While Raghu (Sushant Singh) is another corollary of the old school of thoughts offers to marry both his love interest (in different times) and take up responsibility, even though he has commitment phobia.

Goes on to say in our society, marriage seems like the ultimate destination every Indian has since his diaper days. Everyone in India is married or wants to get married, things like compatibility, maturity or love do not really matter.

Coming back to the verdict of the case, it is good to see a fast track court giving out a good verdict but looking at the number of cases that pop up per day, how many of them can be practically taken up in fast track courts? Hang a few rapists and few more will learn, but fear alone won't solve our problems. Fear will introduce more problems in the future that we may not be capable of handling. We need to look at the root of the problem and the root of this problem is the small three letter word 'Sex'.

Having sex is part of being an adult experience, it is not some big gesture. Imposing your sexuality on others is a crime and knowing the difference between the two is something that we lack. The small difference that is going to create more problems for us in the future, some of which we may not even be capable of handling when the time comes.

P.s. My partner has something to add on the topic, make sure you read her fews too.