Facts about sex that will help you survive India

Is it ironic that the land who taught the world Kamasutra shy's away on mention of world 'Sex'? Is it ironic that the civilisation that portrayed woman as powerful, dominating and ruling over the men (Mahabharata, Shakuntala etc.) has modern woman fighting for the tag of 'item girls'? Isn't it ironic that the country that gave voting rights to woman on the day of its inception is filled with rape cases day in and out?

Irony is part of Indian culture. Hypocrisy and irony are the two pillars on which the foundation of modern India is laid. Let's take an instance for the case of 'Sex education' in India. Here is the deal, sexual frustration is rampant across the country, considering the number of Item songs gaining popularity nowadays. The root cause of this, maybe is our attitude towards things like individualistic freedom, repression towards sex and the skewed concept of 'Indian culture'.

So here are the list of things against Indian Culture, 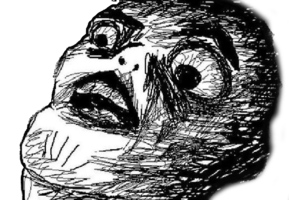 but then Indian culture is not that prudish, no it is not. There are few things that are aligned with Indian Culture. They are ok to go.

1. Rape
2. Item Songs with lyrics as 'Sheila ki Jawani', 'Munni Badnaam hui' in movies rated 'Safe' for children.
3. Martial rape
4. Consensual sex but rape case if not married.
5. Public shaming and threatening by the cops for woman who wish to raise a complaint against men.

In one of the crowdiest places on Earth, things like personal freedom, liberal values are not important. What is more important is 'Char log kya kahenge'. In this ridiculously confusing country, it is not important if you were raped or molested as long as you got married properly.  Every Indian parent is suffering from Anuptaphobia, which is a hi-fi word for fear of getting married. And every adult India spends his/her life 'saving' his/her virginity for the big night. No, seriously, in few communities virginity test is very common. Their quest for staying virgin can only be matched with their race for making 'male' babies.

Basically anything normal is abnormal in India and any weird thing you spot, try not to flinch. You see a two year old doing a 'thumka' for her amusement and the parents clapping on that is 'normal'. Putting pressure on the children to complete their parents dream which including-

1. Choosing the career parents ask them to.
2. Marrying the girl of families choice.
3. Making babies before the elders die

Is considered normal. Any form of physical attraction or relationship is unhealthy for the country. Yet, it is ok for people to oggle at girls, eve-tease and rape (after all boys will be boys- said by an esteemed minister). Is there a solution?
Yes, there is, if you listen to the people. This is the best solution you can ever get, stay within your limits. If you are a girl wear full body covering clothes, regularly pray to God and stay indoors. If you are a boy, ask your parents everything (including the loo timing). Sex/rape and all those things are ok, as long as there is marriage involved down the line. After all you are preserving the Indian culture which has considered getting married more sacred that human feelings, emotions and freedom.

So there you go, your guide about sex in India. You may be offended by this article, I understand, after all sarcasm is also against the Indian culture.