What No One Tells You About Hinduism 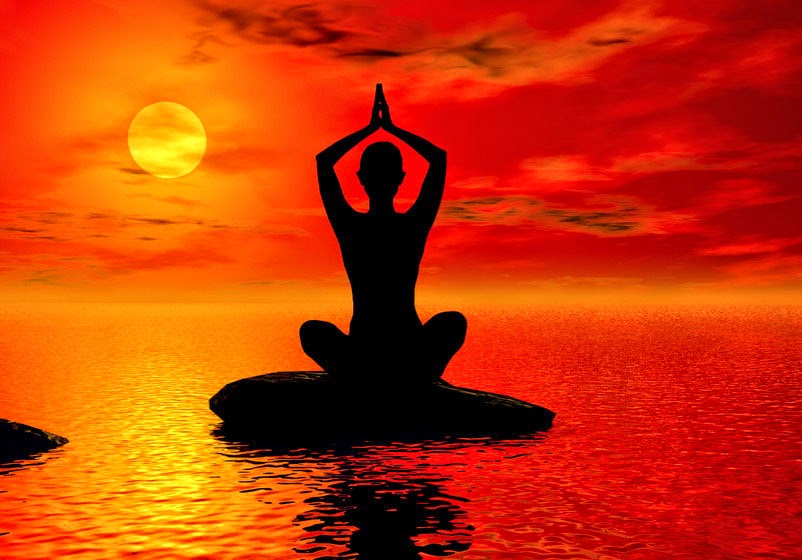 In recent years, the dialogue of Hindutva, Hinduism and Hindu in general has attained main-stream media. Be it Rahul Gandhi raising fears against Hindu Militants (like really!!!) or be it protest against arrest of Asaram Bapu or other God-men in recent times. Hindu as a religion has got more than its fair share of attention. Young adults are questioning their faith and the culture while there are allegation about all sorts of thing about hinduism in general.
Few weeks ago, in a heated argument about justification of Hinduism, a friend questioned the authenticity of hinduism. In this post I decided to put my views on Hinduism as explained to him.

1. The concept of polytheism
The very first thing to understand about Hinduism is that it is a polytheist religion. What that means is there is no key to reach heaven and you can create your own keys. 7 billion people can choose how they want to reach heaven and attain moksha or nirvana. There is no priest, there is no temple. In Mahabharata Krishna tells Arjuna that he can worship God in any form, any way and anywhere as long as the intent is honest.

2. Who owns Hinduism?
While many religions have a authority and a fix point of contact (so to speak), Hinduism has no such thing. You are still a hindu if you do not go to a temple for eons or that you do not believe in Shiva or Krishna or any mainstream deities. You can choose your own way of worship and your own deity and still be a hindu.

3. Why are there so many festivals?
Believe it or not, Hinduism is purely based on Mathematics of nature. Every festival denotes important climate change, which was celebrated in earlier days.

4. Will I go to hell if I don't follow the doctrine/ books about hinduism like Bhagwat Gita, Manu Smriti?
According to Bhagwat Gita, every action has an equal and opposite reaction. That is something we like to call the law of Karma. There is no concept of Hell in Hinduism, there is heaven, there is mount meru and there is nether-land but not hell. No one is punished anywhere else but earth according to Hinduism. This is done in form of re-birth (which you can choose to believe or not, no pressure). But there is no God/Dogma that says, obey me or I will throw you to hell. There is no pressure at all.

6.  Hinduism has bad elements like the caste system and the sati system.
While I agree that many years ago there was a sati system that was abolished but it was not as widespread as people would like you to believe. Infact, in many caste there was no idea of Sati. But that isn't justification of the horrible concept. Yes, it was abolished and so was caste system. But then have you observed the modern caste system? A doctor prefers his child to be a doctor. They will use their connections to make him a doctor, similar with a lawyer and perhaps an IIM graduate. While these system were prevalent and horrible everyone has a choice to not choose them. The path is not easy, I agree, but not impossible.

7. Hinduism is oppressive towards woman/ LGBT
Hinduism is the only religion that mentions the contribution of woman in forming the society. Shiv Puran mentions Parvati as his Ardhangini, means the better half. The story of Ganga, Yamuna and Savitri depicts modern and dominant woman in charge of their life. Hinduism has a lot of different points of view and you can choose which one to follow. Vishnu is a mohini avatar was a transexual, Shikhandi was allowed on the battlefield because God Krishna announced that he was a man. Shikhandi was a transexual. Arjun was a crossdresser in exile and fell in love with a woman. There are a lot many stories that treat LGBT equally in par with male and female counterparts. If someone says otherwise, you can choose to ignore it.

8. There are so many political parties that are oppressive towards non Hindus and create ruckus once in a while.

I usually avoid talking politics on this blog but on this matter I'll say this. Refer back to point one about having a point of view. These parties have their own point of view and go on to defend that in their own crooked sense of way. You need not blame the religion for those views. Just as hinduism gives you right to choose any point of view of a God so does it also give right to deny any other point of view.

Bottomline: here is what hinduism teaches you in his immense wisdom, unlimited dogma and never ending universe. You choose, worship, pray or not pray any God you like or don't like. You do whatever you do and however you do, you won't be judged but be prepared to reap the seeds you have sown and remember Karma is watching you all the time.

These are my views on Hinduism, what about yours?