The Simple Joys of Stupidity 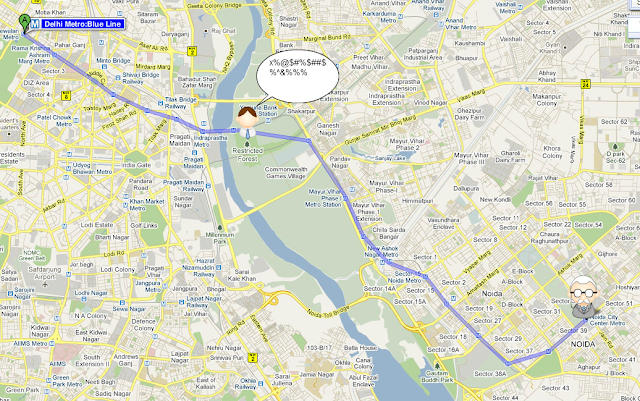 When it comes to stupidity, I have one single rule, just because someone is stupid doesn't mean you kill him. Every person has a right to live, but that doesn't make them wiser. There I was in Noida, trying to face the scorching heat of the summer and also avoiding multiple times of bath taking when I got the call for a job interview.

"The interview location is at Gurgaon," she warned, "Monday morning at 2 o' Clock. The panelist would be there, don't be late."

Now, given the condition that this was a chance to leave noida forever and move back to my home ground, how dare could I be late. I cleaned myself as well as I could in the hard water of Noida and ran off to the interview. I should add here is this was the Delhi before common wealth games and Metro had come for the first time in Noida. The closest stop of metro was very far away from my place and I had to take a share auto (also called Garud in Delhi). So, here I was, trying to prevent creasing my well ironed shirt as I struggled to sit between a man who smelt like pan and a woman who smelt like.... urm...never mind, riding from sector 63 to Sector 32(Noida City Center metro stop) 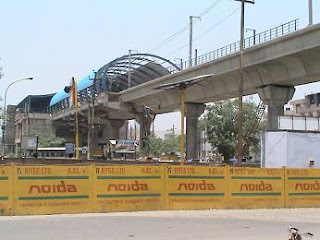 Sweating and panting I got into the blue line metro, which was supposed to take me to Jhandewala. The 30 minute metro ride was supposed to be a life changing experience. At the gate of the metro sat an old man who was engrossed in his own thoughts and busy picking his nose. Halfway through his activity, he and me, both realized, that I was staring at him. Here I was trying to composite myself preparing for the job interview and this guy was busy.... mining. I tried hard to remove the horrible images from my mind, but sadly the more I tried the more solid they came back. Finally, I gave up and looked in completely opposite direction, only to realize the metro was not moving for last fifteen minutes. Living in Delhi for two years and travelling by blue line buses had made me strong enough to bear the horrors set by Murphy and his law, but it should hit me on the most important day of my career, well, it was impossible.... hence, it happened. The metro was waiting peacefully on the banks of river Yamuna and was apparently waiting for some clearance. 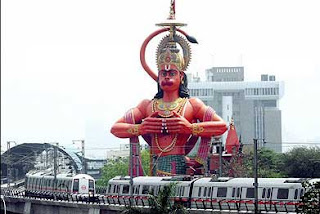 Nervous I looked around for a place to sit, but then realized I was only staring at a girl sitting on a general seat. That should not look good, I though and so, simply stood doing nothing.  The metro moved slowly talking me into the heart of capital of India. I was told, to look for the giant statue of Bajarang Bali, which would guide me to my next transit to Gurgaon. The next transport was a shared Tata Magic winger, which was a 6 seater but the driver obviously wanted to test the limit of the occupancy and crammed 8 people in it.

I was struggling to keep my only ironed shirt, wrinkle free, so that I may be presentable in front of the panelist and also trying hard to keep the images of the miner out of my head. The heat of Delhi had already gelled by hair with my sweat and I was smelling something horrible between a serial pan chewer and a off duty.... err....never mind.

So finally, my journey came to an end and I reached Gurgaon, the location of my great interview. I quickly and stealthy walked into the washroom and tried a lame attempt of adjusting my wrinkled shirt but then hopelessly gave up. I bend down to wash my face and the tap was super excited on opening, it excitedly flushed too much water, spoiling my shirt.

Cursing Murphy and his law for following me to this day, I kept a brave face as the recruited greeted me. She mentioned the panelist are here for the interview and asked to step into the room.

There was no one there.

I had spoiled half a day in a bizzare adventures for a simple telephonic interview.
coffee break Delhi new delhi