“He that studieth revenge keepeth his own wounds green, which otherwise would heal and do well”-John Milton


He was in his nineties now, slow, fragile and nearing death. Still everyday he used to wake up at 6 in the morning and stare outside the window, blankly. They say in his younger days he was more agile, strong and quick, no one knew what he did in his young days, but he did retire rich at the age of 55.
His only son used to visit the old rooms twice a day,

‘Baba, I request you again, come with us in the big house. What is there in this dump?’ his son used to question. 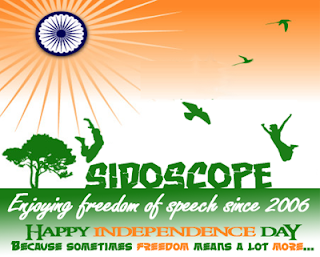 ‘I have lived my entire life in this small house, I can’t leave now, there is one final task left son,’ he used to smile, ‘One final task.’

He had sent all the furniture from the room to the new house, but kept himself a bed and the jewel
beaded box.

‘The box has not been removed under the diwan since last 20 years, baba,’ the daughter-in-law use to question, ‘Don’t let the servants, but please let me clean it.’

‘No, girl, there is one last task left…’

Days turned into weeks and weeks into months, still he gave no sign of moving from the house.
Finally one day, the son received the dreaded news, his father was on his death bed. Quickly the son collected a jar of sealed Gangajal and ran towards his arrogant dad.

Indeed his father was on death bed, but something had changed. The old beaded jewel box was not under the bed and there was someone else holding his fathers hand.

His father glanced at the stool in the house and smiled, ‘I wanted you to win so much.’
Son saw on the table, the Jewel studded box lay open and a dusty chess game was set.
‘But you didn’t visit me before,’ his father said, ‘Now I am dying and you came to visit.’

‘I missed you while crossing Germany border. Till that time, we were close to each other’

‘So, essentially, I win,’ his father smiled.

‘For twenty years you were waiting for me, that is something,’ the man said, ‘You know if someday they wrote a book on our chases, they will have the biggest mental battle of the century.’

‘I know,’ his father smiled, ‘We were really close. I foiled your plans and you cut mine. I always wanted to close the loop on you. The big guys last dying wish.’

‘Obviously, you couldn’t let me retire could you. Even thought all of the others were executed and killed, you stayed fresh and on my trail,’ the man fumbled in his pocket.

‘Think about it, that time those 8000 Rs was such a big amount for us,’ his father said coughing twice.

‘Yes yes,’ the man looked around the room, ‘You haven’t changed the rooms at all. It was just like this for so many years.’

He looked at the conversation from the window and knew something was amiss. Something left.

The man took a deep breath, ‘You know I could kill you here and now,’ he quickly removed the pistol from his pocket and held a locket in other, ‘You have nearly ruined my life with all your plans. You are just like him, plans, plans, plans.’

The son immediately ran to the door to protect his dad, but realized it was bolted form inside, a loud noise filled the room and he had to return to his watch post near the window, prepared to shout for help, but instead he saw something different.

His father was standing erect and fresh as a teenager over the dead body of the stranger, he was carefully wiping the blood from his knife. With a sudden surprise he saw his son standing at the window and smiled.

‘Azad always used to tell me, a soldier never relinquishes his weapon,’ his father calmly said as he collected the locket from dead mans heart, ‘Son, my part in this life is over. Help me clean this mess will you? I am no longer as young as I used to be’

Astonished, speechless he watched his father lift the dead and put him in the body bag.
‘There are people both high up in the government and lower ground beyond the law who wants this man dead since last eighty years. The part of my past which I shared with no one,’ he pointed to the unfinished game of chess lying in the dust on the stool.

‘The game began on August 9 1925, when a message was passed among us young rebels that the down train number 8 traveling from Shajanpur to Lucknow was to be looted at the station of Kakori. While all the rebels joined this game, one man decided to act out a bit selfish and stole few bags for himself.’

His father cleaned his hands and face, ‘We were trained by Chandrashekar Azad to execute plans and this plan was in work since last eighty years. We could not immediate catch him because he went to London with some ships taking his booty with him and started a Indian Spices business there. Chandrasekhar Azad gave me the task of tracking him down and so I did. I chased him from continents to continents, but when I reached him, I realized his business had grown big and bringing him down alone was not enough. I had to check mate him and bring down his empire. So I planned, just like the freedom fighters, to bring down an empire, his empire, his entire life. The game lasted for fifty years which brings us down to this…’

He removed the locket in his hands, ‘He realized I was hot on his trail and I kept burning his resources so he came after me. Your elder sister was killed by him to teach me a lesson, he kept her locket as a rememberence, but all the young rebels had already accepted the fact that we can’t have proper family. I continued countering his every move.. when finally 20 years ago, I destroyed his empire completely. But he vanished, we all were trained for that, to vanish forever and I knew I couldn’t trace him now,’

He pointed at the dead body on the floor, ‘But I didn’t have to, I knew he would come out of his rat hole, now that his life was destroyed and he thought I am on death bed. So I passed on the wrong information of me dying. And simply said, I win.’

His father walked towards the game of chess and played the final move, ‘He forgot that these bones strengthened when we took down the entire British Industrial Empire, they are not going to rot so easily.

I do not blame him, we all were young, hardly 18 and were exposed to these foreigners who treated us like dirt. He wanted to grow large and he thought of the best way to do it…’

His father calmly crossed over the dead body fallen in the middle of the room and dialed for the cops.
They would come and inquire and then receive some high profile calls, the case will not stand against any judge. Who can convict a 90 year old man of murder?

His father closed the eyes of the dead man,’… he just chose the wrong men to betray.’

“Revenge is an act of passion; vengeance of justice. Injuries are revenged; crimes are avenged.”- Samuel Johnson

All characters in this story are fictions. A tribute to all the greatest freedom fighters of all time. May their soul rest in peace and we preserve what they died to achieve.

Facts: On August 9, 1925, the Number 8 Down Train travelling from Shahjahanpur to Lucknow was approaching the town of Kakori (now in Uttar Pradesh), when one of the revolutionaries pulled the chain to stop the train and overpowered the guard. It is believed that they looted money-bags belonging to the British Government Treasury from the guard’s van and escaped to Lucknow while not a single Indian was looted. Following the incident, the police started an intense manhunt and arrested several of the revolutionaries involved. Bismil was arrested on September 26, 1925 and Ashfaqullahkhan was arrested ten months later.

Pis-Aller is french word for the last resort or the last move. Used in chess when all your resources are burned, using it means either you win or your die.