Can the real patriotic Indian stand up? 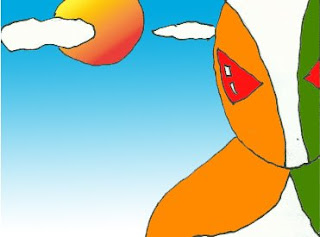 The concept of Indian patriotism begins with standing up at the different versions of national anthem as the movie theaters compete with each other and extends with every passing year saluting the national flag on television. It also comes to light everytime there the cricket team comes to play and  Ironically very few people cheer for the hockey team, which for some reason, is the national sports.


Obviously every Indian of every caste and religion will get angry when you talk bad about the country.

If you ask who is the most patriotic, most of us will agree the armed forces are amazing for sacrificing their lives for us. Then, if we are talking about arm forces we should also talk about the Indian police service, they also carry a gun and their lives for nation. But then what about those cops who don't get sufficient funds and resort to corruption? Can we say they are patriotic too? What about those who are grilled by the system and forced to do things? Are they patriotic? Is a policeman or an army man going against the country by following orders patriotic or is he patriotic if he does mutiny against the orders for the country?


For a nation to succeed every citizen has a role in it. A citizen who works his daily wages and gives a part of it for infrastructure, welfare and armed forces. People work for 12 hours a day to the brink of their physical exhaustion and still part with nearly 10% of their hard earned money. The citizens even if are not involved in direct life risking for country are at some level risking their life for it. Are they patriotic? Some people do download pirated movies, buy stolen goods and the industry is raging, are they patriotic? Are the parents who pay a lot of donation to secure the future of their child patriotic? Or if they let the future of the child hanging for the country, are they patriotic?

A person who uses his caste certificate to secure admission at much lower score than expected for the profession, how different is he from the person who pays a lot of money for the same seat? Are they both patriotic.


If you love your country and hate its government are you patriotic? Or if you support a government who is involved in scams, are you patriotic? The people who do scams, how are they different from the student who solves previous years question paper or most likely paper to secure good grades? Are the two patriotic? 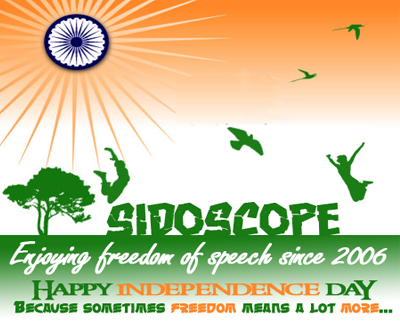 The thing about patriotism is that you put the country before your personal needs. But then, who actually does that? So baring the armed forces (who in a way are actually payed to be patriotic) can we say no one is patriotic? Or in some crooked form of definition we believe we are patriotic?

The true definition of patriotism is completely vague and blurred and the more I think about it, I get confused. Am I patriotic?


Oh well, lets do one thing that every 'patriotic' indian would do today, leave the definition for another day and wish you happy 64 years of independence.... so to speak.

P.s. Image is my own patriotic super hero called 'Bharat' which I drew in school. Any publishers?