April 08, 2011
After the recent stripping for patriotism campaign a new anti-corruption wave has  hit the country, it has became a fashion statement to shout, 'Mera neta chor hai'.
People are twitting day and night about the corruption and asking for support to Anna in his 40 hours fast (so far)
Anna Hazare is a brave man, he chose to go on a fast until death exactly after world cup and before the start of IPL. Yes, good for him, people would have to choose between India vs Pakistan and him, the choice won't be nice.
Corruption is a serious issue happening in India. There must be some sort of voodoo magic happening that is corrupting every person ruling the nation.
The Jan Lokpal bill proposed by Anna Hazare and some other publicity hogging social activist (don't blame me, I support Hazare don't ask me to support Sarabhai) is magical, amazing, incredible and dangerous.
If we look at the history of India, you will find many similarities in what is happening now and what has happened before. 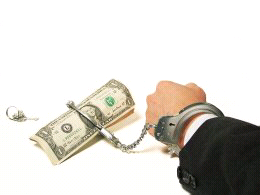 First it was the British, they found a clean way of robbing the public, after a while one 70 year old man sat on fast until death and told them to get out of the country.
Obviously, we don't care if 100s of babies die everyday due to lack of medical treatment, we do not care that millions of adivasis die of hunger in a day, no one cares, but in India we do care if an old man sits on a fast until death. So the British and the Indians took heed to the old man and left the country peacefully (not exactly peacefully, but its ok) The people who replaced the brits where our men, people chosen by the masses to rule.
Yeah and rule they did, so what they siphoned off a million, no one payed attention to them until it was too late. So another 70 year old man abandoned his food for the sake of country. He asked for passage of a particular bi which millions are hoping will solve problem of corruption.
Now the funny part of Indian independence moment was, India was never free. Nope they were not, people did the same things that they did during the British rules, they had same old ways of teaching, they had same old methods of getting married. Infact most of these things worsened after the British left. (It must be something to do with white skin, or the fair and lovely won't make India a major market of their products, ever one wants to be white, no its not racist its sadist)
So the British decided to leave India and the public clapped for Gandhi baba who brought freedom.
No one bothered to peep in the document that was drafted by people. No. They kept portrait of Ambedkar in their house but no one read what he wrote. Why? Because they had elected people who would do this dirty stuff for them, and hope that somehow magically this day won't come.

You tend to respect the corrupt neta here. They atleast respected the constitution, because to break the law you need to study it first.
So now this man is supported by.a forum who demand installation of lokayukt. Their demands look similar to the political manifesto that the netas brush clean every now and then.
Some other people supporting jantar mantar are film stars who prefer to make film using black money but are fighting for corruption.
The long story short, I believe it would be wonderful that Jan lokpal is being setup, I just hope that in another 60 years we should not need any lokayukt to keep vigil on the lokayukt elected now.