The many layers of stupidity

- July 25, 2011
In general, the human race is entirely stupid, that much is clear since the beginning. Obviously, we believed in the fact that God has Human traits and we are given a clean chit to drill holes in the land we live in to burn the dark liquid that comes out for a fruitless efforts in going places in less time. For some reason, covering distance is important for us. Anyways, the point being, Human race is stupid, as a offspring of this race I do not pride myself of the stupidity of my ancestors but scientifically document the layers of stupidity of the human race in hope that someday there will be an alien invasion to remove us all of misery or worst, finally God will decide to step down to talk to those idiots who believed it was ok to steal a bike and confession for forgiveness. During that time, my catalogue of Human stupidity also refereed to as blog can be a book of judgement on which we kill people.
Anyways, that's just a dream.

Coming back to human stupidity. if there is something that can outrun the stupidity of the entire human race it is in form of the Government. As Heath Ledger rightly said in his legendary character the Joker, 'Little people trying to control their little world.'

This was the true story of the worlds first Government. Although not exactly a true story, but you can call it a true story in some parallel universe.

So just heard the news Indian government is at it again (although I could not confirm it) after the release of film 'Singham', allegedly, file sharing files like megaupload, rapidshare have been blocked. Although the though is really nice and creepy the move is entirely stupid and pointless. Its like closing the tap water to prevent the flooding of the river. I have already been very vocal against downloading pirated films but putting a blanket ban on sites is something very very stupid move. A person who wants to access these sites can very well do it using a proxy server (in which case IP is also not traceable) also one of the biggest flaw in this judgement is, these sites do NOT provide pirated films. No one is going to download a 3 hour film over http, a 3 year old kid is aware of it, but not the government. So essentially I find this order stupid, yet the John Doe order on the Movie Shingham may be a bit valid, only time can tell. 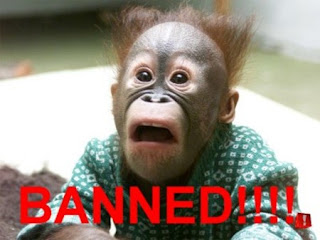 There was also a case in the court some dude put on the movie Delhi Belly, just when we thought censor board has finally got some sense, some person in Lucknow sent a legal notice over the use of abusive words 2 weeks AFTER the film was released. The premise in the law suit given is that the abusive dialogues are indecent, immoral... however no one is sending a legal notice to entire state of New Delhi where abusing is just a way of conversation.

My friend was telling me, 'You know it was much better in older days, when the wives were kept under your thumb and the male was on top of them. Look at my village where woman do not even take the husbands name in their mouth.'
'Well I don't see why it is such a big problem....' I replied carefully chewing the nibbles of rice, 'You get a chance to live your life, its only fair she gets it too...'
'You don't know, you won't understand, you are not married yet,' he came back, nowadays this word is coming up too often, as if not being married is some sort of crime as well as a moral lesson in life, 'Woman if given freedom will start eating off your hands. They should be kept under the thumb... it was much better in olden days...'
'But if that is the case and you feel it such a big problem.... why did you marry in first place?' I asked simply.
My hypothesis was if the man was having so much problem in giving the woman her freedom, why bother marrying one in first place. Simple, stay single.
'Haan as if that's an option....,' he said as if I said something that will cause the world to end next day. That time I realize the biggest problem, in India, you have no option of NOT marrying. The ambition of an average Indian is to produce babies, yet China dominates us in world population... there also we could not succeed. If a man dominates its fine, if a woman dominates she is labeled as a.... let me refrain from use of bad words. Well, as I always say there is no cure for stupidity now.... is there?

There is no limit for people who try to poke their nose in others affairs or people who validate their existence by ruining the life of others or even their children for the better good, or those people who still believe in religion and the promised land and of-course there is no cure for them, but I sincerely believe publicly flogging one or two can actually be an incentive for others to act less stupid.

My father always told me wise words, stupid people are there in abundance in this world by son, simply don't do that. Instead learn to Shepard them because there is always a job opportunity got the Shepard than the stupid.