The Mirage of Information Control


The problem with having an open mind is every person with a opinion feels it is his mandatory duty to come and put up a sign board in your mind of his ideologies. There are those who feel it it their birth right to tell me how wrong am I to say that Kasab deserves a free trial or how wrong am I to stop at a traffic signal at the dead of the night.

Whatever the ideologies, I simply smile at them and put my hand on their shoulder. Its as simple as that. 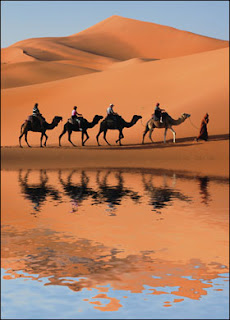 With the recent sad event of bomb blast in the city, people had a general opinion about one common thing. Some people said, it was Kasab birthday. Some said, the Government should start doing something for the state and to begin with Kasab. There were many, many forwards the social network took on the name as if Kasab was the epicenter of all the terror activities in the world.

With the news storming around and the confusion about Kasab birthday, there was another little news let out by a high prolific leader he claimed RSS can have a role in the bomb blast and a possibility cannot be denied.

The news reports of these people actually are very similar to those of Ku Klax Klan. The story of Ku Klax Klan is as follows,. Ku Klax Klan was formed after the end of Civil war by former six confederate soldiers in Pulaski, Tennesse.

They began with harmless midnight pranks, like riding horses through the countryside and troubling people. Then slowly it evolved into a multistage terrorist organization designed to frighten and kill slaves. In 1872 a pledge of the true aims of the Klan was spelled out, "By force and terror, to prevent all political action not in accord with the views of the members, to deprive colored citizens of the right to bear arms and of the right to free ballot, to suppress the schools in which colored children were taught."

In a stark irony, the Klan when almost dormant soon after the pledge echoed until 1915, it was revived of its sleep. In 1920, it has 8 million active members.  At the onset of World War II and the rise of Hitler, public opinion against Klan turned completely negative and the message of separatism was prominent in their works. The already struggling Klan went out of existence. 30 years later a 300-foot white cross was burned on the stone mountain. It was a clear message to colored citizens that the war ain't over.

Stentson Kennedy was a folklorist who traveled to distant villages and collected folk stories. One trip led him to exposure of a work of the Klan in the distant village and he realize, there was no enough evidence against them. The Klan worked their game by keeping the secrets close to their heart. They distilled fear through control of information, similar to what the modern politicians do. He decided to 'expose' klan of their activities and set out to collect the information.

However one thing neither he knew, nor the researchers back then, that by the time in the mid-1940s Stentson Kennedy was trying to bust up the Klan, it really didn't need to do any violence. Most colored citizens were already under the threat of the Klan and they simply obliged. The Klan that was actually exposed was a sadist fraternity of men, who just needed a place to vent and an excuse for occasionally staying out all night. Thus the Klan was nothing but a mirage of Information.

When we look at the current news at RSS, I am of personal opinion that the same history is being reported. The top congress brass with his exposure about some sorry old men, who are indulging in politics and few young men who actually need a purpose in life. RSS had their days of glory, yes I do agree. The bloody history of RSS is known to all, but that was before independence, the new RSS part 2 is not even seen in news or any updates anywhere. Infact RSS is a world heard in speech of rivals nowadays, rather than the actual news about them. Here we have to ask our-self? Are we the victim of information control.

Now, coming to Kasab, is a lone surviving gunman really the face of terror for everything that happened? Is he also the victim of control of information through? The man who was told to walk into an unknown land carrying a gun at the promise of some amount of money? He is already contained, can someone believe that to keep him we need 2 lakhs per day, if it is true, we need to find out exactly why we need 2 lakhs per day to keep an unarmed man alive in a 4 by 4 prison cell. Do we surround him by a circle of elite guards? Or do we use those star wars lookalike laser prisons with all the electricity.