- September 25, 2011
Suicide is overrated. Of course the death of a person is a very tragic day in a persons life. Its like one of those days you cannot miss, like the day you are born, or the day you get your puberty. Obviously death is a tragic thing and many sentiments are attached to it. However the reasons that appear for the suicides are clearly suicidal and due to amplifying the horror of death by million times, suicide appear to be the worst possible case for any individual to be in.

So, this post is in response to the increasing suicidal tendencies in the country. People are finding it hard to cope up with the hardship and hoping that killing will solve the problem.

In one news a student decided to commit suicide, because she could not bear because of derogatory comments made by her boyfriend on facebook. Breakups can be hard, agreed but my most important question is, why was the girl in IIM if she was this.... for want of a better word out of respect for the dead....weak? 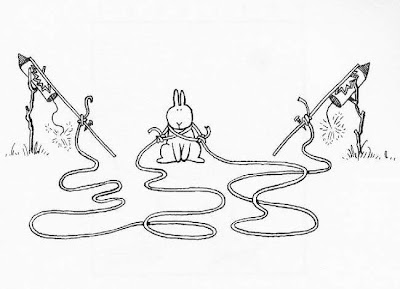 In India committing suicide is a crime, so in a way if you die, you actually are in a better place. Because you know alternative is paying a hefty amount for the tuition fees of the local cop son and the entire top level heirachy. Obviously you come in a awkward position, if you did commit suicide for financial reasons.

Now we move on to farmers. Yes, they also commit suicide, why? They have lost their entire farm to some landlord or they have taken a heavy credit and now due to weather conditions their farms does not produce anything. I would write a big post for them to understand, but many of them won't even read a magazine leave alone a blog.
So to these people, do you know there are agricultural colleges setup across the nation that do constant research on risk contingency plans to save your crops? No, they will better die than approach some of these scholars. They will wait in crowd outside the apartment of Salman Khan when they come to mumbai but they won't at one time step into the agricultural college. What do they want however? The government should give them free electricity, free taxes, free export duty, everything free. But they won't do anything.
During the recent visit to a village, there was a school with complete poster of 'Sarv Shikshan abhiyan' (Adult literacy program) but how many of them actually went there to learn? Some of them decided to go because of free tea and biscuits. How many of them decided to show the document signed by them to a learned teacher in village? The answer is directly proportional to the number of farmers committing suicide

Thats the problem with Indians, we all expect people to bend down for us. We won't climb up for others. With due respect to others who are dead and a lot of slaps for those planning too.

On other notes, there are some people, I honestly believe, should commit suicide. I mean there is no point in them living in the world, and why should they?

Some of these are people who frequently use skin whitening creams to improve the skin tone of their skin. I mean for-God-sake, what is the point in using a face-cream, why not directly use a wall paint of the shade you want. It will apply better.

If it was not funny with girls trying to make themselves whiter than the queen of England (an expression used in pre-independence India), now people are proudly making men whiting face cream. Did anyone forget the old saying of tall, DARK and handsome? It was not tall, WHITE and handsome, was it? Holy cow, no wait, if some product manager is reading this blog they will start making skin darkening cream.

Some other people I sincerely wish should commit suicide are the ones that butter up (chamchagiri) to earn their livelihood and the along with them, the one who take money to do their job. I mean seriously, if you got to spine to complete the thing you are assigned to, there is no point in you living here is there? I know, I know, its a free world and even earthworms live, but, trust me when I say this, earthworms have better self respect that these people do. At-least earthworms help the farmers.

But as they say, we live in kalyug and those who deserve to die is not who I am to decide, whatever I may argue to apply for a shotgun. Lets just hope one stranded soul decides to read this blog before killing himself and comes to his senses.

I don't know when will people come to senses to know that nothing is coming for free for anyone. If you need anything, fight for it, till the last breath. Do not give up the last breath if you cannot fight.