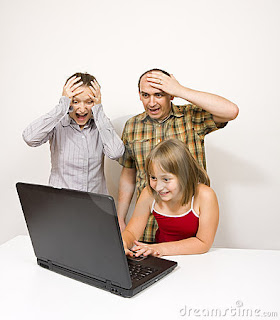 Well, to anyone and whoever had any or all the above reactions on reading the topic, wake up and smell the coffee.

Yes, 80% of the students in Indian metros are getting blow jobs and obviously they are liking it but more than that, they are blaming themselves for liking it. This does not mean we should be prudish to lock them up in chains in the backside of your house. After we are the land of kamasutra, we also are the land of Kalia (Amitabh Bacchan) so eventually they will break free.

So there are obviously two things you can do at this stage, first stop pretending that the kids you had came as a Gods gift like those mythological tele-serials with bad music and even worst special effects. And two, listen to the kids, they are already confused and going into unknown territory and they need the guidance. Trust me, you do not want them to learn from penthouse pets or the playboys, or you will have one frustrated, delusional and confused kid in your house. You don't want that do you?

The idea is to listen to them and to guide them. Did you know sex-ed is not about the many positions of sex? Oh no, trust me as of today a kid of 16 years who uses the internet knows more sex-positions that the writers and publishers of Kamasutra combined. Thats just optimist of me. Sex-ed is primarily of making them understand the complexities revolving around sex.

First, you have to make them understand that sex is a normal part of the human adult experience and there is no shame in it. If you fail in doing that, you are harboring a frustrated sexual predator who if remained unmarried till the age of 36 has likelihood of turning into a rapist or if he is married will resort to domestic violence.

Now hopes that your kids will remain virgin till their marriage is the thing of the past. Obviously if you are part of the community called Khap, what more can I say? You are fine in naming your community khap, thats demeaning in itself.

Instead of trying to beat Nature and God by killing your kids faster than you can produce them, protect them from physical diseases. Then protect them from mental shallowness in case they get dumped or are married off somewhere else.

Finally, if you live in a joint family, the chances of your kids getting molested on a daily basis is normal, (Don't say, oh-no my family is not like that) again I repeat, listen to your Kids, don't just assume anything. These little toddlers are already feeling ashamed of the things their uncle and aunty are doing with them (or worst sometimes even their own father and grandfather) so please, tell them its normal to feel that way. Clear their head and then kick the person who molested them in their nuts.

Any idiot who still things that marriage and sex are related has to wake up. Instead of opening up a complete drama show, picking up bits and bad acting from the great Indian Tamasha shows that air every-night, please understand that at every new generation pops out, they get 5 times smarter that the previous generations. You cannot protect them, you cannot shut down the entire world for them. The best way going forward is to tell them the way things are and trust them when the time comes right, they will make the right choice.

If you don't do this, well, not only your future generations is in trouble of not getting born, the worst case is, they might born with mental defects and looking at the people in India at this stage, I say, the later is more likely to happen.