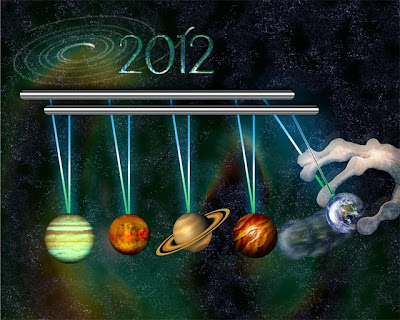 Oh what a year, what a year, i’ll tell you what a marvelous year. Never before in the history of human years we had so much to tell and share in a single year. Year 2010 ended in a abrupt way with the rise of terrorism and the increase in violence. However, still 2010 was much better than 2009 who barely managed to exist quietly.

This year was legendary, many years down the years, there would be the legend of the year 2011 which survived the act of God as well as acts of Humans. Some would say, year 2011 was just packing up. Just like the simple overture before the final cressendo in an orchestra, 2011 was just giving us all the taste of freedom.

It also brought with it the idea of a free world, the idea which is going forward in the 2012 with a bang. 2011 gave people hope, that someday I won’t have to look in the eyes of my child and say, ‘Sorry son, we humans have messed up this planet beyond repair and we give you this hell hole as it is. No we could not fix it for you…. not that we wanted too but we were busy paying taxes and minding our own business.’

Nope, right from tyrants being shot down and dictators pushed away from the chairs, 2011, also provoked the capitalists from their chair. Occupy London, Occupy wall street and other Occupy protest made the world realized that people are still indebted in the free world.
If 2009 was the time for the terrorist and 2010 was the time for retrospection, 2011 was truly peoples era. Now we can look in the eyes of our kids and say, ‘Hey not that we did not try, we at-least tried changing the world.‘

Did the world change, no it didn’t, the Government did keep the straight face while attempting to ‘fix’ the problem, but even they knew, their time is up. It will take more than 365 days to fix the mess we are in but still, 2011 above all gave hope to millions, that there is hope left for humans, there are causes worth to fight for.We official beat the rabbits in their own game and produced babies faster than any species on the planet, we crossed 7 billion this year. 2011 witnessed that too. Congradulations humans.

Coming closer to home, for the first time in the last 40 years, the ruling party in India felt the power of people slapped on them using the same method they managed to gain reputation for so many years. Well, lets not retrospect on weather Janlokpal is good or no, let us think and consider how did lakhs of people step forward and actively took part in the protest. The TRPS of loksabha live have surpassed the TRPs of Kukkurmati ki Karambhari Kahani and people nowadays, if nothing else talk about civil responsibilites.

2011 also made the world smart with the smart phone users increased. It also saw the birth of Siri from the brain of Apple, Siri who has redefined smart phones like never before is the key to the future input methods. If Apple brought innovation with it, others were not behind, who kept bringing innovation again and again, 10 times cheaper than Apple. Aah, there were some whimsical moments, some bickering and some suing. Apple sued Samsung, Samsung Sued apple, Apple sued Motorola, Google sued apple, Microsoft sued someone, someone sued someone and so on.
Of-course, while the suits were busy suing each other, Siri was born, so was iPhone 4gs and Android Icream Sandwhich. In this process, personally, I got a Galaxy Tab from Samsung and met some real interesting 20 people, who also got the same from Samsung. Everyone had their own whimsy and own quality, however it was wonderful observing each and everyone of them. On Channel one, I had a chance to see the Innovation Summit first hand, always had the dream, this year made it true.

The year 2011 also saw Indians taking lead in the modern world, with Slut walks, Gay Lesbian Pride Parade and Flash mobs happening everywhere, that also showed that now feminists, LGBT and other supressed group would no longer be supressed.
While the governments where busy keeping their poker face, telling themself in mirror that everything was fine, an Act of God hit the planet. There were earthquakes in Japan, hitting the nuclear reactor very closely, Tsunami hitting the shores of new zealand forced the world leaders to ask, “Why this Kolaveri Di?”

The year saw some leaks in the form of Wikileaks, the two face of dimplomats turned black. Even thoughJulias Assange was under house arrest, his idea changed the world. Wearing the Guy Fawkes mask in the courtroom was not a clever idea, it was a message. End of World. Now.
This year also saw the freedom of information on steriods, even Santa Claus feared his naughty/nice list would get leaked on Wikileaks, so he signed an NDA with all his Elfs. Arm Chair Activist took control and shook the foundation of two democratic nation. Obviously, many governments woke up to threat of Social Media and Government of America introduced the SOPA while Indian Government followed suit with Censorship on internet. 2011 was an enabler, not the solution provider. It made sure people came on streets, it made sure things happened, now all that is left is the effect. Which it has conviniently left for 2012.

My brother tells me I also have to mention that Indian team won the world cup is an accomplishment for 2011, yeah well, I guess it is, never actually cared about cricket. But I did enjoy watching the India vs Pakistan match using social media, where my peers from Pakistan also cheered sportingly till the end of the match. This year also saw the birth of 4th generation of Bacchan, which the news channels will happily report for another 21 years.
2011 also did bring a change to the corporations with collaboration and Enterprise 2.0 terms floating around. It did manage to convince the suits that buckle up, its the informal who is going to lead the way. The world is still adjusting to the idea of collaborative business, many are still in denial, but it is finally left for 2012 to hit the final nail in the traditional business model.

So finally, 2011 is ending abruptly keeping many loose ends and many possibilities exist in the coming year. 2012 has a lot of pressure getting in, the year 2011 has by far set the bar too high for everyone. 2012 has another thing to worry about, something about end of the world in his reigns.
2011 has left many tasks unfinished, it gave us the taste of freedom, it gave us a glimpse of coming world, however the only thing 2011 asked for was participation. It promised changed only if we move forth and take charge. 2012 is coming with the final cresendo, finishing everything 2011 started. Can you hear it sing the Robert Frost?